Take only a quick glance at the mark in Fig. 5–the letter R inside an orb with crosses on the top–and you might think you're looking at vintage Arts and Craft pottery tiles.

Many, but not all, pieces of vintage Roycroft made beginning in 1906 had a distinctive mark. With slight variations, this basic mark was used through 1938 when the Roycroft shops were closed.

A new mark was introduced in the mid-1980s that is very similar to the original mark. The new version has two letter R's in the orb, not one R like the vintage mark. The new mark is owned and licensed by Roycrofters at Large, an organization dedicated to promoting and preserving the original Roycroft site in East Aurora. The double R's in the new mark represent Roycroft Renaissance, a licensed trade name belonging to Roycrofters at Large.

Although pieces with the new mark are no problem to knowledgeable buyers, they do pose some potential confusion. Occasionally pieces with new marks are offered–either through ignorance or deliberate intent–as vintage pre-1938 Roycroft items.

Blurred, poor quality digital images of marks commonly found in online auctions can make identification difficult. If there is any doubt whether a mark has one or two R's, be sure to ask the seller very specific questions.

The new double R mark appears on a wide variety of products other than pottery tiles including china, jewelry, lamps and metal goods. Most of the new products are very good quality and many are collectible for their own merits. Many are sold at museum gift shops.

It's almost inevitable, though, that some new pieces drift into the collectibles market. Just remember that any mark with two R's is modern. 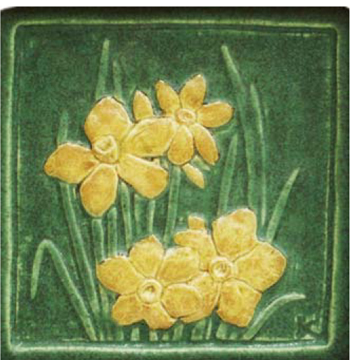 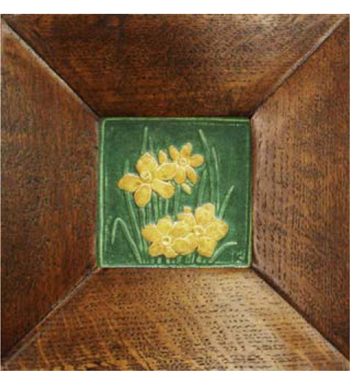 Fig. 2 Many new Arts and Crafts pottery tiles are sold in new quarter sawn oak frames. Backs of the frames are often sealed so any marks on the reverse of the tile are not visible. 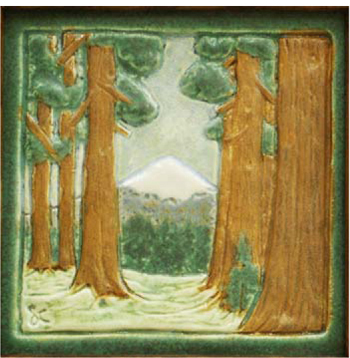 Fig. 3 New 5 × 5 inch pottery tile by Stuart Compton. Sold under the title "Mountain and Redwoods." Marked on back as shown in Fig. 5. Signed on the front with artist's monogram as shown in Fig. 4. 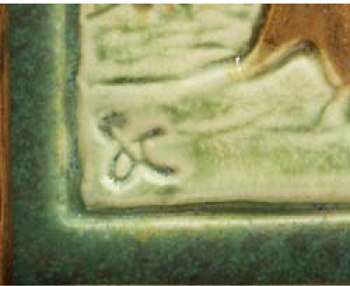 Fig. 4 Detail view of Stuart Compton monogram which appears impressed in his tiles. The mark shown is from the tile in Fig. 3. 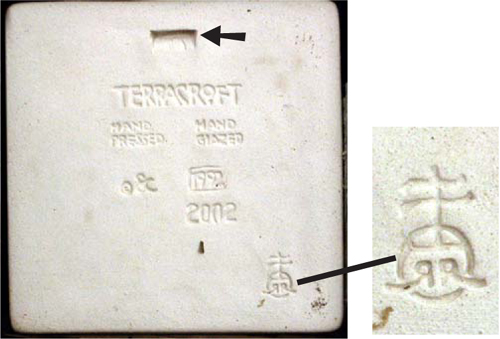 Fig. 5 The back of the Stuart Compton tile shown in Fig. 1. The impressed marks as they appear from top to bottom are: TERRACROFT, HAND PRESSED, HAND GLAZED 2002. The Roycroft Renaissance mark is in the lower right. Note the impressed hanging notch at the top. Such notches are rarely included in vintage Arts and Craft tiles.
Enlarged view of impressed Roycroft Renaissance mark with back-to-back letter R's. 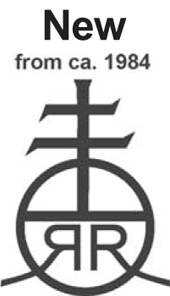 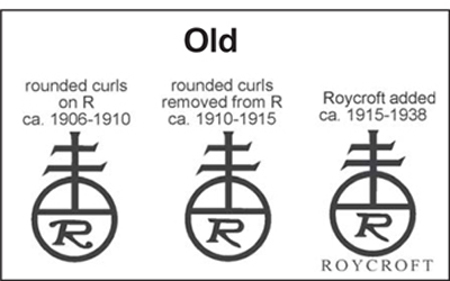