Muscle Cars of 1960s and 70s Have Been FakedBy Mark Chervenka

Buyers of high performance cars made during the 1960s and 1970s be warned. Hundreds of victims found out that they were victims of elaborate scams.

The bad news was usually discovered when the proud owners tried to get their new purchase insured. With some originals worth as much as $150,000 and up, insurers run checks on the vehicle identification number (VIN) and compare it to original factory records. Records show if the engine in the car today is the one installed on the assembly line. Records also confirm whether the chrome emblems and trim are from the original muscle package or have been taken from a more common less expensive model.

A fairly common Pontiac Lemans, for example, is easily converted to a highly desirable Pontiac GTO by switching engines and applying some new chrome. Production run Mustangs are "upgraded" to more desirable Boss models worth an extra $20,000.

But records can't resolve all disputes. Chevrolet, for example, didn't keep track of which 1967 Covette VIN had the very desirable 427 engine. In many cases, it takes an expert to go over many details to prove a given car is authentic.

Like in the field of antiques, the buyers most often victimized are beginners shopping for their first major purchase. 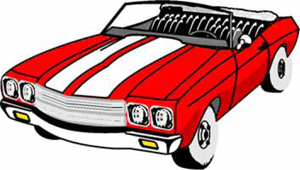