One of the more interesting pieces of antique pressed glass is a figural log cabin jar for Lutted's Cough Drops. The pattern is known today as Log Cabin but was originally called Pattern #78. It was made by Central Glass Company of Wheeling, West Virginia which introduced the pattern in 1875.

James Lutted of Buffalo, New York was a leading candy maker and wholesaler of retail display cases and candy jars. The "J.L." cough drop was one of the biggest sellers and was displayed in a log cabin jar embossed with the company name (Fig. 2). The piece is sought after by both collectors of early country store advertising and figural glass. Originals are almost always clear; colors of vaseline, blue and amber are known but are very rare. In clear, a jar in good condition usually sells for $400-450.

Reproductions of the Lutted log cabin jar have been made since about 1991 (Fig. 1). New pieces sold wholesale for $10-12 each. New colors most often seen are clear, amber, and blue. These new pieces, especially colored examples, are frequently mistaken for originals and bring prices of several hundred dollars or more.

Here are the main differences between new and old. First, look at the words in the lid. Both old and new have the molded words "Lutted's S.P. Cough Drops". But only the original lid includes the words "Genuine Has J.L. Stamped on Each Drop" (arrow Fig. 4). Reproductions (Fig. 3) omit this wording.

Next look at the base. Old bases have a perfectly smooth surface with the wording "JAS. LUTTED BUFFALO NY U.S.A."(Fig. 6). The base of new jars has a wood grain texture molded in the bottom without lettering (Fig. 5). New bases also have flat wing-like handles that stick out from the sides. There are no handles on original jars.

Old clear jars fluoresce yellow-green under long wave black light; new clear jars do not. New jars of all colors also have a slick, greasy feeling from a higher sodium content than old glass formulas. The chimney and roof of old lids are often badly damaged. New lids fit old jars so be alert for switching. 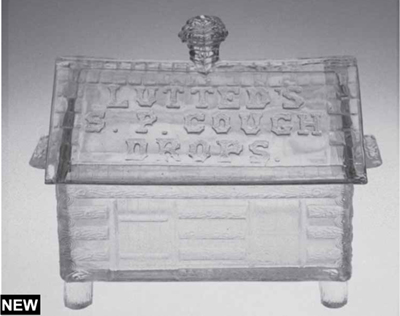 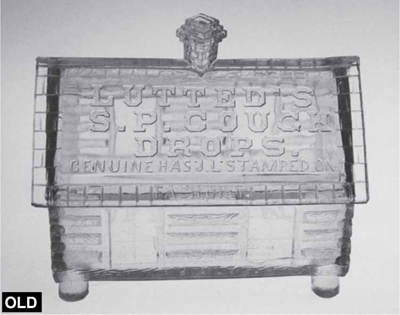 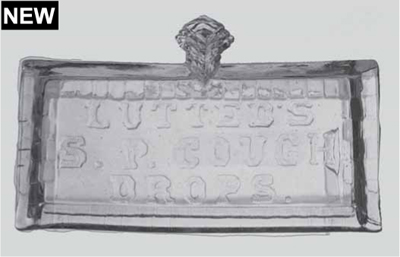 Fig. 3 New lid embossed front and back with "Lutted's S.P. Cough Drops" only. 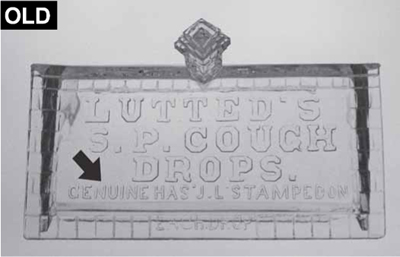 Fig. 4 Original lids have the additional words "Genuine Has J.L. Stamped on Each Drop". 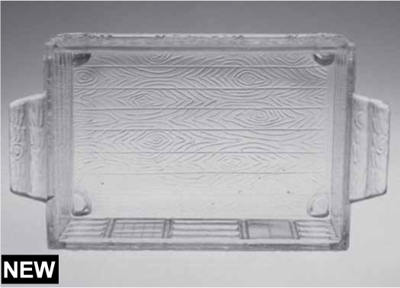 Fig. 5 Top view looking down into new base. Bottom of base has molded texture of wood grain, no lettering. Handles on sides. 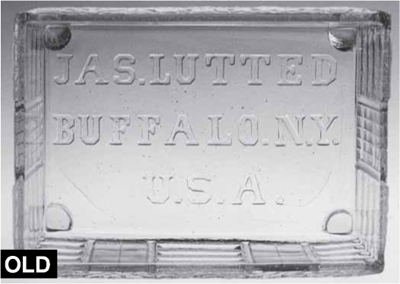 Fig. 6 Old base has "JAS. LUTTED BUFFALO NY U.S.A." in bottom. Notice there are no handles on sides.