"Comrades... it is a glorious warehouse find"

Mother Russia finally seems to be learning the ways of capitalism. "Warehouse finds" of surplus junk from the former Soviet Union are pouring into Western markets. Items available include everything from clocks out of army tanks to this Lenin banner. With the Russian republics starved for hard currency, these items have been hawked with the enthusiasm usually seen only in Western infomercials about firm buttocks and sharp knives. Many items look older than they really are because they were shoddily made and poorly designed. Know what you're getting before plunking down your hard earned rubles. 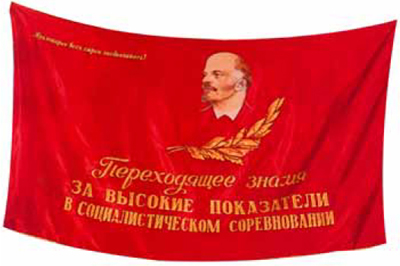