The flood of farm and country wood items from China includes pieces being reworked to include well known national brand names.

The 19-inch grain scoop shown here, for example, has had Nabisco added in carved letters. Why Grain Company was added to Nabisco is anyone's guess. Such mistakes are common in items imported from overseas. But if Nabisco appears on this piece, other well known names are sure to be out there. Prior to this, only obscure small town names have appeared on the pieces.

These scoops, buckets, baskets and other pieces being imported from China are all modern pieces. The majority are 20-30 years old; the oldest is from the last half of the 20th century at most. Most of these pieces are being sold as American, especially the woven wood baskets. 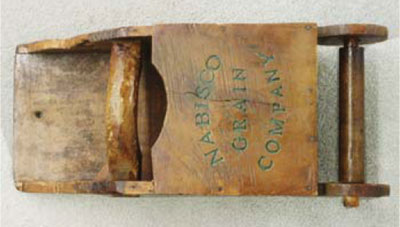 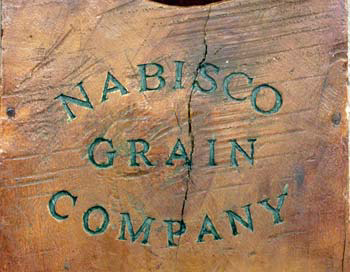 Fig. 2 Nabisco Grain Company carved into the grain scoop. Advertising and company names on vintage implements were printed on the piece, not carved.