Shown below (Fig. 1) is the reproduction Admiral Dewey water pitcher. The original pitcher (Fig. 2) was issued to commemorate the Spanish American War naval battle of Manila Bay fought May 1, 1898. It was made by the Beatty-Brady Glass Company of Steubenville and Dunkirk, Indiana, ca. 1899-1900.

Beatty-Brady made two vintage water pitchers featuring Dewey. The one being reproduced, Fig. 1, is generally known as the "Gridley pitcher" (even though it features Dewey). It so called because it is embossed with Dewey's command to Gridley, captain of the flagship Olympia, to begin firing on the Spanish fleet when ready (see Fig. 3). In addition to the quotation, the other prominent feature of this pitcher is a band of pointed artillery shells around the bottom of the pitcher.

The best way to detect the reproductions is by examining details in the mold. The new spouts, for example, have a definite crease or fold in them directly above where they pass over the body of the pitcher (see Fig. 4). Old spouts form a seamless, smooth curve (Fig. 5) as they extend beyond the body of the original pitcher. Looking at the spouts from the side, you'll see that the new spout also extends about 1″ away from the body which is twice as far as the original spout which extends only about 1/2″ (see side views, Figs. 1 & 2).

The most obvious difference in the overall pattern is to the viewer's left of the Dewey portrait where a soldier stands holding a flag. In the original pitcher, there is a substantial gap, about 3/8″, between the wreath that frames Dewey's bust and the soldier's body (vertical arrow, Fig. 7). Note that the soldier's body touches the wreath in the new pitcher (Fig. 6).

Also check the position of the bottom of the American flag. In the original pitcher, the flag remains a considerable distance above the wreath (diagonal arrow, Fig. 7). In the new pitcher, the lower right hand corner of the new flag is firmly set within the wreath.

The original pattern has apparently been compressed to fit the slightly smaller new pitcher. As a result, many details in the reproduction are cramped, out of proportion and distorted. Don't be mislead by statements explaining such differences as "mold variations", or made in a "back up mold" or "retooled mold" or other such nonsense. All antique pressed glass originals of the same shape were virtually without exception made in only one mold. Original molds were occasionally repaired but the pattern or design was virtually never altered or changed unless there was a production problem related to the design.

Although the quality of the new glass is not as high as the original, this may not be obvious to all buyers. This is especially true if asking for a description of an item bought over the phone or the Internet.

The original clear pitcher fluoresces strong yellow green under long wave black light. The new pitcher has a very faint glow of washed out green which might be confusing. In this case, you would be better off to rely on differences in molded details rather than a black light test. 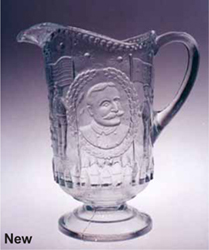 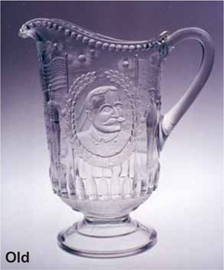 Fig. 2 Original Dewey "Gridley" version commemorative pitcher. Originals can be separated from reproductions by details in the mold. 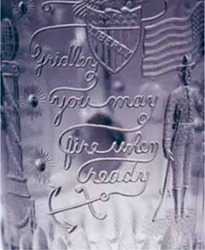 Fig. 3 Dewey's order to Captain Gridley, "Gridley, you may fire when ready" is embossed under the spout of the pitcher.

Fig. 4 New pitcher has an obvious crease or fold where the spout extends away from the body of the pitcher. As seen from above the spout.

Fig. 5 Spout on original pitcher extends away from the body in a smooth, seamless curve. As seen from above the spout. 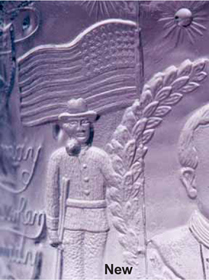 Fig. 6 Close up of new pitcher, soldier to viewer's left of Dewey portrait. Note that solider's body and flag touches wreath. Compare to the original in Fig. 7. 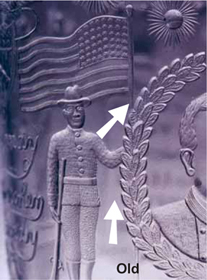 Fig. 7 Close up of the same area from Fig. 7 shown in an original pitcher. The soldier's body and flag are well away from the wreath. 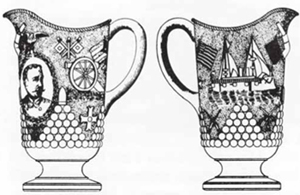 Fig. 8 The other original Dewey pitcher also features a portrait of the Admiral. The bottom of this pitcher has round cannon balls rather than pointed artillery shells in the Gridley version. The reverse side features the battleship Olympia instead of the command to Gridley. All known originals in this style were made in clear crystal. This version is more common than the Gridley pitcher and generally sells for $45-$90. There are matching tumblers to this pitcher with Dewey's portrait on the side and stacked cannon balls around the base. Size, 9″ high.