In another article on Halloween reproductions, we included new crescent moon die cuts, but had been unable to locate the specific originals from which the reproductions were copied.

The originals can be seen in Halloween Collectibles, a book by Mark Ledenbach. Ledenbach traces the originals to Germany where they were produced during the 1920s. Vintage pieces were available in at least two known sizes, five and ten-inch diameters. In originals, at least six different figures appear with the moon including a running jack o'lantern, a bat, an owl, a sitting cat and the two figures shown here with a standing cat and a witch.

"The original German series was made from heavily embossed medium weight cardboard, not a ceramic material," said Ledenbach. "Originals are one-sided only with their backs in plain, unfinished cardboard; reproductions are double-sided."

Originals are also smaller with the largest being about 10 inches in diameter. The witch and cat reproductions are both over 12 inches across. New pieces are $20 each. Ten-inch originals are $75 to $100 each. 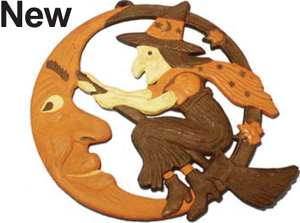 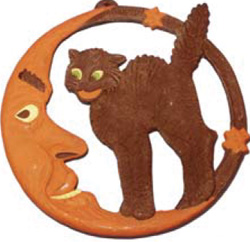 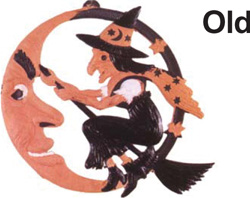 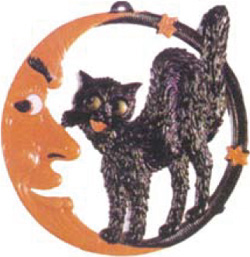 Fig. 4 The vintage pieces have images on one side only. The reverse is plain unfinished cardboard. Photos courtesy Mark Ledenbach Vintage Halloween Collectibles, Krause Publications, 2003. 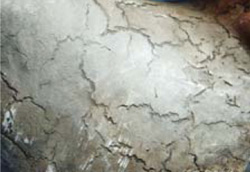 Fig. 5 The reproductions have a highly crackled "antique" finish. This surface is never found on the cardboard originals.