Some items have been so widely reproduced that the copies far exceed the number of originals.

A series of children's glass plates originally made ca. 1905-1915 is a perfect example. The original molds were put back in production in the early 1970s and have been in nearly constant use since. Malls, shows, and online auctions are crowded with these plates which are almost always sold as old; very rarely are they sold as new or as items of recent production.

The original series was made by Indiana Glass Co. of Dunkirk, Indiana (Fig. 5). A center medallion featured four different subjects: Teddy bears, Hey! Diddle Diddle, This Little Pig Went to Market and Little Bo Peep. There were two different borders available: dancing bears in human clothing and Dutch children (Figs. 3-4) On original plates, either border can appear with any of the four medallions. Original plates are 6¼″ dia. and were available in clear crystal or gold painted clear crystal (now called Goofus). All original plates fluoresce yellow-green under long wave ultraviolet light also called black light. Even with gold paint on the back, original plates in the Goofus style will fluoresce along the unpainted plate rim.

Original molds for this series have survived to the present day. They were used to make reproductions at least since the early 1970s. The first copies appeared in the catalogs of AA Importing, the largest reproduction wholesaler in the United States. About ten years later, in the early 1980s, the plates were also offered by Tiara Exclusives which sold glass primarily through a home party system (similar to Tupperware parties).

AA plates were available in clear crystal and an iridized (carnival) blue. AA's Little Bo Peep had the dancing bears border; all other AA plates had the Dutch children border. Tiara's plates were available only in amber and all plates had the dancing bear border. Tiara also dropped the original Teddy bear center medallion and replaced it with images of the mother, father and baby bear which they titled "The Three Bears."

It's easy to rule out the blue iridized version and the amber plates; those colors were never made during the original production. You can detect the new clear plates with your black light. New plates in clear crystal do not fluoresce.

The rarest version of the original series is the Goofus decorated Teddy bear. It is sought by collectors from several different categories including Teddy bears, Goofus and Theodore Roosevelt. 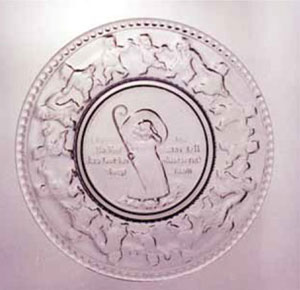 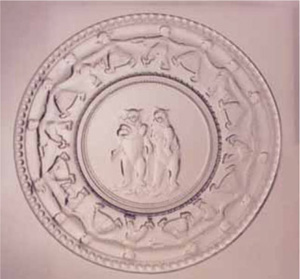 Fig. 3 Close up view of dancing bears in border.

Fig. 4 Close up view of Dutch children in border.

Fig. 5 Original bear plates as shown in Indiana Glass Co. catalog from about 1904-05. Dutch children in border. Original plates were offered in undecorated clear crystal, right, or with the back of plate decorated with gold paint (Goofus Glass). 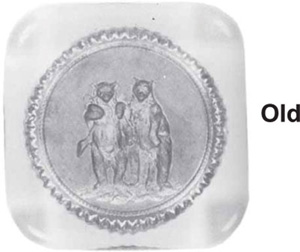 Fig. 6 Borders and inserts were inter-changable as well as being used in other products. The Teddy bear insert from the original plate was also used to make this vintage glass paperweight. 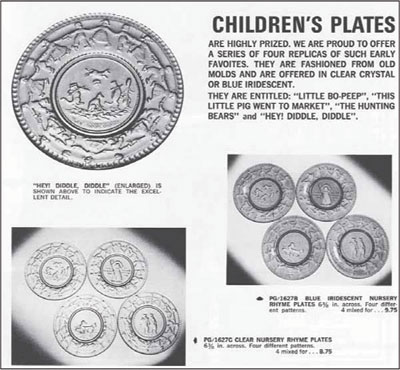 Fig. 7 Reproduction plates as offered in 1974 catalog of AA Importing, a leading reproduction wholesale firm. Offered in clear crystal and iridized blue. Set of four different plates in clear, $8.75; the set in blue, $9.75. 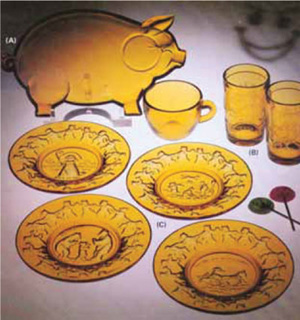 Fig. 8 Reproduction plates as offered in 1981 catalog of Tiara Exclusives. All plates in amber glass; all borders are dancing bears. Center insert in the bear plates is different–titled "Three Bears" and shows mother, father and baby bear from child's story of Three Bears. Price for set of four, $16.50.