and other nautical carvings

When scrimshaw is mentioned, almost all non-scrimshaw collectors and dealers think of carving on sperm whale teeth only. But scrimshaw also includes engravings on skeletal whale bone–such as the jaw bone, called panbone–and ivory from other marine mammals such as walrus. Although scrimshaw is widely associated with nautical themes and designs of the 19th century whaling industry, vintage scrimshaw was also produced as tribal art in many cultures. Today, scrimshaw is recognized as a unique medium in which present-day artists have developed their own modern themes.

Painstakingly carved deliberate fakes are directed towards the scrimshaw collector and seldom appear in the general market. Pieces of contemporary art and museum copies are usually clearly marked and openly sold for what they are. The biggest problem in the general antiques market are the mass produced synthetic pieces and are the focus of this article.

The great majority of synthetic scrimshaw reproductions are made of manufactured polymer resins, or plastic. Virtually all plastic will absorb long ultraviolet (UV) light and appear a dull matte blue under black light or appear the same color under black light as it appears under white (room) lighting. This is regardless of the surface color of the plastic. Natural bone and ivory appear white to yellowish-white under long wave black light regardless of their surface color in white light.

Do not use heated pins, open flame, apply acetone, or scratch the surface of the test object. Not only are such tests largely ineffective, they are destructive and potentially harmful–some plastics emit toxic fumes when heated or exposed to acetone.

Carvers in China now using bones of domesticated water buffaloes to imitate ivory objects. Subjects on the new carvings include 19th century whaling and nautical themes (Figs. 10-12). These new pieces will fluoresce white or yellowish-white like ivory under long wave black light. Staff of the Kendall Whaling Museum told ACRN that no similar boxes of bone have ever been documented from the 19th century. All such pieces should be viewed with extreme suspicion.

You can separate bone from ivory by examining the surface. All true ivory comes from a tooth–a tusk is simply a large tooth. The part of ivory that is carved is composed primarily of dentine, a nearly perfectly solid mass. A microscope is required to observe any cavities in ivory, called dentinal tubules, which average one micron in diameter (1/25,400th of an inch). By contrast, cavities in bone through which fluids pass, the Halversian System, are easily visible with the unaided eye or a loupe. They form a typical pattern of dark pits and grooves (Figs. 23-24)

But be careful. The better-made synthetic fakes now include the pits and grooves of natural bone in the molds of synthetic copies (Figs. 23-24) A black light test, however, would prove the more accurate fakes to be made of synthetic material, not true bone.

Remember, guidelines in this article are detecting the mass produced plastic scrimshaw fakes, not individually crafted forgeries on old bone or ivory.

Figs. 1-2 The most commonly faked scrimshaw is the sperm whale tooth. In recent years, the latest generation plastic copies have become somewhat closer in general appearance to 19th century originals.

Italicized words in captions below appear as titles or signatures. Figures 3-18 are new. 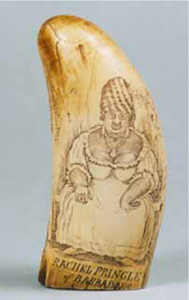 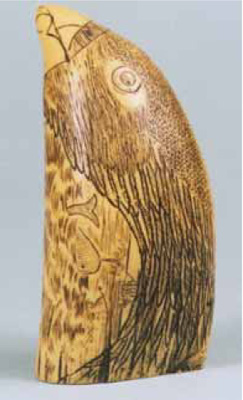 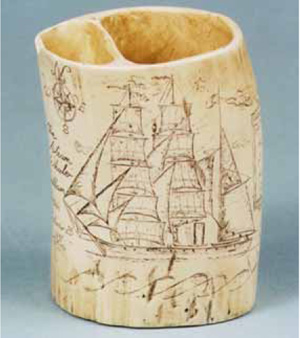 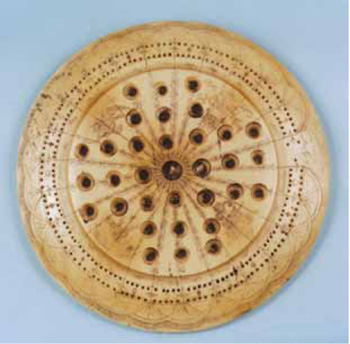 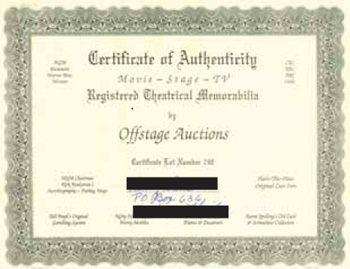 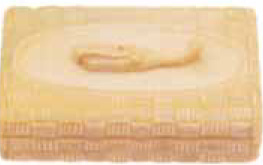 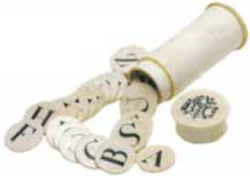 Fig. 11 Carved in new bone, letters of alphabet on discs in 3″ case. 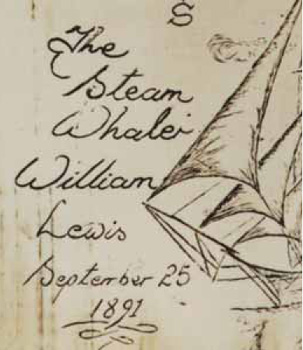 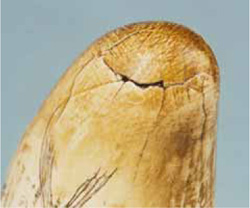 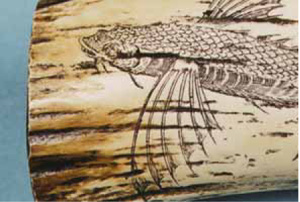 Figs. 16-18 Many new pieces have construction details, wear and weathering cast in the mold to create a fairly realistic appearance. Fig. 16 shows a foot on a cribbage board cast as one piece with the board. Authentic feet and other added details were virtually always carved separately and attached. Fig. 17, simulated wear cast into of end of new tooth. Fig. 18, wear and weathering cast into base of new tooth. 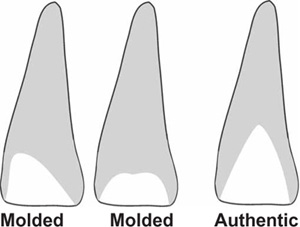 Fig. 19 Cross sections of sperm whale teeth. The bottom of genuine sperm whale teeth have a hollow space in the base called a pulp cavity (shown in white in the illustration). The pulp cavity is distinctly conical in genuine teeth. This conical section is hard to duplicate in the molded plastic teeth. The cavity in most new teeth is a flat-topped dome or an off-center, irregular shape. 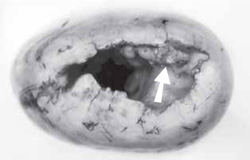 Fig. 20 Pulp cavities in genuine teeth frequently, but not always, have small nodules known as pulp stones (arrow). Pulp stones are a sign of genuine sperm whale teeth. The base of this genuine tooth is more closed than typical teeth. The amount of closure visible may be affected by where, if at all, the base of the tooth is cut or sawed. The Kendall Whaling Museum, Sharon Massachusetts USA

Fig. 21 Bases of two molded plastic sperm whale teeth. The cavity in these bases is a simple cylinder and doesn't attempt to duplicate an original pulp cavity.

Fig. 22 Another set of new molded plastic teeth with pulp cavities deliberately designed to imitate original pulp cavities. These cavities are very irregular in shape, not conical like pulp cavities in genuine teeth. Genuine teeth were frequently sawed off on the base so the piece could be displayed upright. Note the molded "saw" marks on these bases which imitate old saw marks. 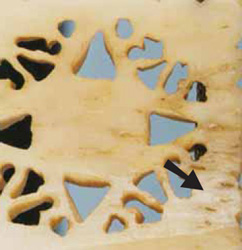 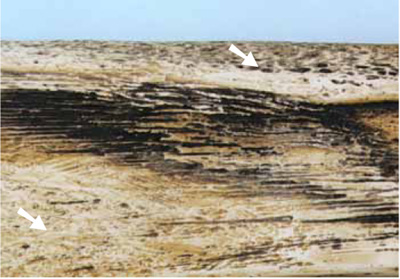 Fig. 26 End view of the cast plastic panbone shown in Fig. 25 The dark pits in this cross section view are a realistic depiction of an end view of genuine bone. 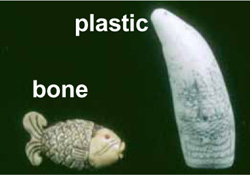 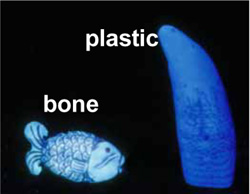