Perhaps no other collectible is so shrouded in myth, misinformation and mistaken identity as German regimental steins. These pieces have been steadily reproduced since the 1960s and most experts agree reproductions far out number authentic examples. Yet few buyers other than stein specialists know how to identify the fakes.

The majority of authentic German regimental beer steins were produced between about 1890 and 1914. During this time, military service was compulsory in Germany. Most men would take basic training between 17 and 20 and then enter the reserves until age 40. A group of men would enter a unit together, stay in the same unit for training and be discharged as a unit. This sense of togetherness fostered the custom of buying souvenirs with the unit name, insignias and decorations as a keepsake of military service. Many souvenir items were available such as pipes, clocks, flasks and especially steins. Rosters of names from your unit, or regiment, could be added to the steins and these became known to collectors as "regimental steins."

Authentic ca. 1890-1914 steins were available in pottery, porcelain, glass and metal. Regardless of what the stein was made of, almost all had pewter lids. The most common sizes are half-litre and one-litre. The beginning of WW I effectively ended the production of regimental steins as labor and materials were diverted to the war.

The majority of mass produced new regimental steins sold by reproduction wholesalers are made of porcelain. Although there are other reproductions out there, this article covers only the porcelain reproductions which are the most commonly encountered.

Original metal lids are generally cast and fairly heavy. Many new lids are stamped and quite thin. Many new lids, especially those intentionally misrepresented, are chemically treated to create a dark patina. The inside of these new treated lids look the same as the outside, usually uniformly dark (Figs. 6-7). The exposed outside surface of original lids (Fig. 8) is generally darker than the protected inside surface (Fig. 9) which is lighter. While a lighter color inside a lid does not guarantee a stein is old, a lid of uniformly even color inside and out is generally a sign of a fake.

New lids are made in relatively few designs. Manufacturers typically use the same lid and simply change the finial from stein to stein. If a seller offers several steins and all the lids are the same, it could be a sign the steins are new. Also check that the finial matches the branch of service shown on the body of the stein. A horse-mounted cavalry figure, for example, should never appear as the finial on a stein decorated with naval or infantry units.

Lists of names, or rosters, are frequently repeated on new steins. If the roster from an infantry stein is repeated on a artillery stein, both steins are obviously suspicious. Some new rosters include first names. Rosters on original regimental steins virtually never include first names, usually only last names and rank. Generally, the stein owner's name, prominently featured by itself somewhere on the stein, should also be found in the roster on authentic regimentals. Original rosters can have as few as 3 to 4 names but rarely over 90 to 100 names. The number of names also varies on new rosters so the number of names is not a reliable test of authenticity. Original rosters can be either hand painted or a transfer. Rosters on mass produced reproductions are always a transfer.

Don't be confused by dates from the late and early 20th centuries. Virtually all reproduction steins have such dates in one or more locations (Fig. 5) prominently featured around the top rim or front of the body. Dates may also be worked into the decorations on the sides.

The stein owner's name is hand painted on original steins but applied with a transfer on the reproductions. Within a group of new steins, the same owner's name often appears on steins from different branches of service. The spelling of German cities on many new steins has been converted to English. For example: Munich is the English spelling of München; Cologne is the English version of Koln. Authentic steins will have the German spelling.

Decorations in many new steins have mistakes obvious to anybody with a moderate level of general knowledge. In Fig. 16, for example, the name on the airship is Graf Zeppelin. First, military airships were never painted with such large proper names. The Graf Zeppelin was a civilian passenger ship constructed in 1928. How could it appear on a stein purportedly made before 1914? The flag also seemed curious so it was double-checked in a world almanac. It is the flag of Yugoslavia, not Germany.

One of the most common mistakes in decorations on reproductions is the mixing of the different branches of service. The new decoration in Fig. 15, for example, combines three different branches of service. The solider is dressed in an infantry uniform but stands next to an anchor–a naval symbol–and airplanes circle in the background. Decorations on authentic regimental steins always depict one and only one service branch. Any decoration that combines two or more branches is virtually certain to be a reproduction.

No mass reproduced regimental stein has ever been found that is completely authentic. There are always mistakes in uniforms, headgear, units insignias, dates and location of service and other details. Regimental stein specialists have access to German and Bavarian military records. If there is still a question after applying the general guidelines in this article, consult a regimental specialist who has access to those records.

Never make a judgement of authenticity on a single test. Look at many feature over the entire piece before forming a conclusion. Keep in mind there are always exceptions to general rules. 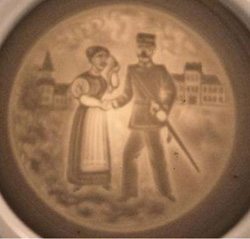 Fig. 1 One of the lithophane scenes found in bases of reproduction steins. Note the soldier's awkwardly posed legs and the stiff squared shoulders. 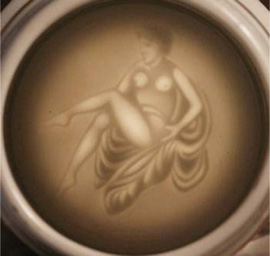 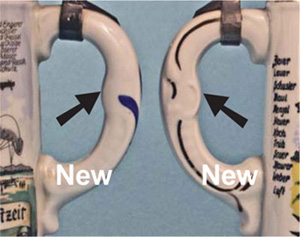 Fig. 4 Owners' names on new steins like this example are applied with a decal (transfer). The owner's name on authentic regimental steins is hand painted. 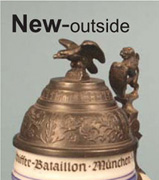 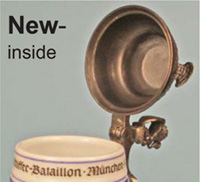 Figs. 6-7 Many new lids, like this example, are the same color on both inside and outside. This is because the entire lid has been treated with chemicals to "age" the lid with a dark patina. 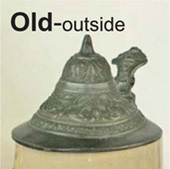 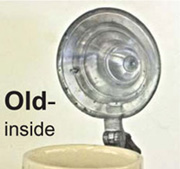 Figs. 8-9 The outside of genuinely old metal lids is almost always darker than the inside of the lid. There is less oxidation of the inside than the outside in normal use. Although not a guarantee of authenticity, a lid that is darker on the outside than it is on the inside is usually a positive sign of age. 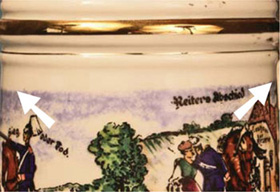 Figs. 10-11 A number of transfers originally designed for straight-sided steins are applied to new steins with tapered sides. Applying the wrong transfer to the tapered shape throws the transfer out of alignment. This causes the transfer to dip in the front of the stein (Fig. 11) and appear to lean along the back edges (Fig. 10) Decorations on authentic steins are nearly perfectly aligned. 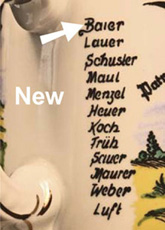 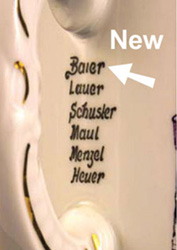 Figs. 12-13 The same rosters are often repeated among new steins regardless of the branch of service depicted. The roster found on a cavalry stein, for example, may also be used on a stein purportedly from an infantry regiment. In these examples, the same roster from Fig. 12 is repeated in Fig. 13 only in a shortened version. 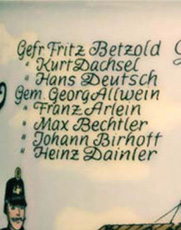 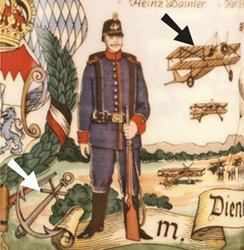 Fig. 15 In new steins, decorations frequently include more than one branch of service. This new example combines three services: the infantry (solider), air service (airplanes) and navy (anchor). The different branches of service are never combined in decorations on authentic steins. 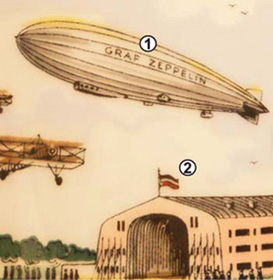 Fig. 16 An example of typical mistakes found in new decorations: 1–The Graf Zeppelin was a civilian passenger airship built in 1928, 10 years after the end of WW I. The new stein on which the zeppelin appears is dated 1910. 2–This is the flag of Yugoslavia. Why is it flying over a German zeppelin shed? 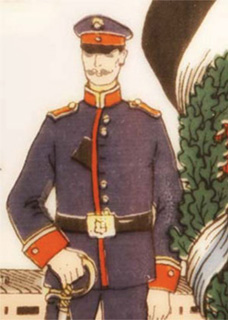 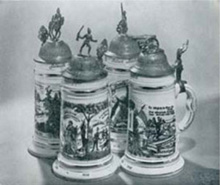 Fig. 20 New regimental steins shown in a 1972 reproduction wholesale catalog. All these steins have a lithophane bottom.