Two comic character toys may be mistaken for 1930s era vintage collectibles. The toys feature Popeye and Felix the Cat in colorfully lithographed metal speed boats with wind up mechanisms. Each is 7" long and comes in its own box. No matching old toys exist; both are new designs; retailed at $14 each.

Knowing comic character's original designers or studios can help establish age when the authenticity is questioned. Popeye the Sailor is the 1929 comic strip creation of Elzie Crisler Segar. The strip was distributed by King Features Syndicate and their name, or some abbreviation of it such as KFS, appears on virtually all official licensed Popeye toys made from the 1930s through the present day. Hearst, the communications giant, bought out King Features Syndicate and now Hearst also appears on new Popeye toys (Fig. 3). Older toys do not have the word "Hearst".

Pat Sullivan created Felix the Cat in the early 1920s. Many, but certainly not all, officially licensed Felix toys originally had Sullivan's name on the toy or packaging. Many Felix "knockoffs", unlicensed images, have been made for years throughout the world. Today the Felix design is owned by a company called Determined Productions. The only name on the Felix toy or its packaging, however, is "Schylling" which is the present day distributor of the boats and other "nostalgic" toys. 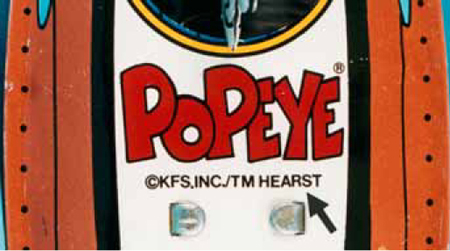 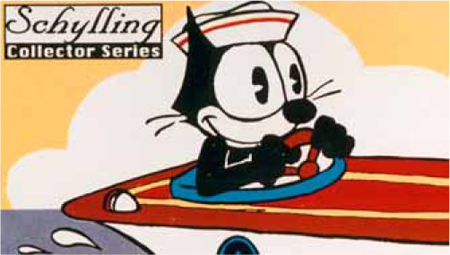 Fig. 4 The boats and other "nostalgic" toys of the 1930s-1950s are distributed by a company named Schylling whose logo is shown above. Any toy or packaging with this mark is new.