Genuinely old door knobs in porcelain and glass have been etched with trademarks and logos of highly collectible companies. The etching is about one-sixteenth of an inch deep below the surrounding surface. After etching, the artwork and lettering are inked in matching colors: Coca-Cola is red, Ford is blue, etc. No old doorknobs are known that resemble these new products.

A dealer that sold the knobs said the etching was done by sandblasting. The dealer sold the knobs for $95 a set. The price tags were correctly marked, "New lettering on old knobs," which was accurate. But once these knobs change hands, the next seller might not be so honest. There is no permanent mark identifying the etching as new.

In addition to the knobs shown here, Coca-Cola, Ford, Chevrolet, Pepsi-cola and Harley-Davidson, we also saw knobs with John Deere and Dr. Pepper. Others are sure to exist. This technology can apply similar etchings to virtually any ceramic or glass surface.

Original white and black porcelain knob sets are common and inexpensive, usually under $5 a set; clear glass, usually $5-$10. These knobs fit most square shafts used in modern door latches. The old metal hardware with the etched knobs we examined was especially dirty, rusty, and tarnished which added to the sense of age. 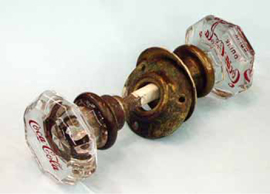 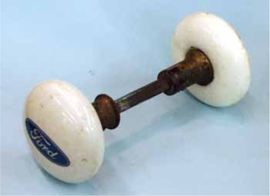 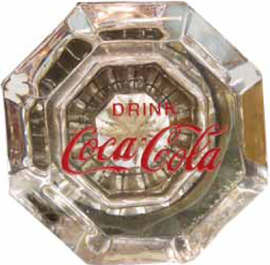 Fig. 3 Detail view of 2¼″ glass Coca-Cola knob in Fig. 1. All etching is about one-sixteenth of an inch deep. Etchings are inked in appropriate company colors. 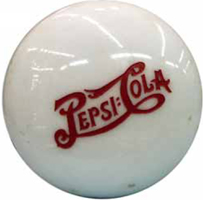 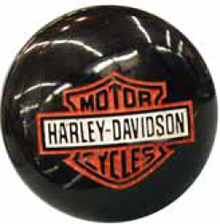 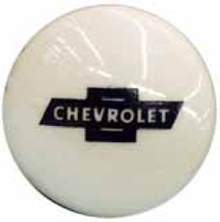