"Oh my, Little Red Riding Hood, what a strange bottom you have!"

This Little Red Riding Hood does indeed have a strange bottom. Why? Because on her bottom in raised lettering is "McCoy" (see Fig. 3). The problem is that Nelson McCoy Pottery, which traces its roots to 1899, never made a Red Riding Hood cookie jar.

Vintage Red Riding Hood cookies jars sought by collectors were designed and patented by Hull Pottery of Crooksville, Ohio in 1943. The jars were made only by Hull and Regal China, of Antioch, Illinois which was officially licensed by Hull. The marks on original Red Riding Hood items are incised and appear in Fig. 5.

So where does the McCoy mark come from? That story goes back to 1990 when a Tennessee man, Roger Jensen, discovered that Nelson McCoy Pottery never registered the McCoy trademark in Fig. 3. Jensen begin using the mark extensively on reproductions of all kinds of ceramic collectibles including many cookies jars and black memorabilia.

Much of the new trim paint on the new McCoy pieces fluoresces brightly under longwave black light. On the new McCoy Red Riding Hood, the lips, shoes and skirt trim glow bright red.

The new McCoy mark is sometimes concealed by thick glaze and may not be visible on all the new pieces. It is used on many pieces not originally made by Nelson McCoy. Be sure to know and understand how original pieces were made and marked before buying. Marks alone are not always proof of age, value or authenticity. 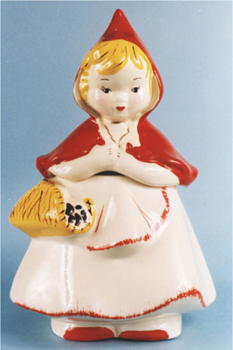 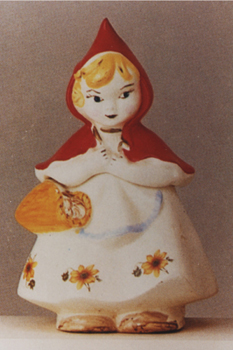 Fig. 3 This raised McCoy mark has been used on new pottery since 1990. 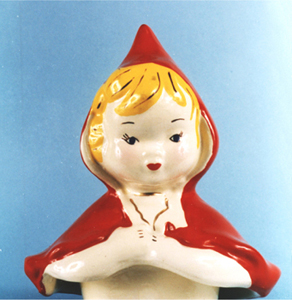 Fig. 5 (Marks A-D) All these original marks on Hull and Regal China Red Riding Hood items are incised not raised. So far, all the new marks ACRN has seen have all been raised.