Marks of genuine factories and companies have appeared on reproductions of china, pottery and glass for many years. You can also find the mark of one of the most famous makers of tin toys, Lehmann, on reproductions and knockoffs. The new toys on which the marks appear are also copied from specific Lehmann originals.

The Lehmann toy business was started by Ernst Paul Lehmann in 1881 in Brandenburg, Prussia. The mark consists of an old style press with the initials EPL formed into a monogram within the press (Fig. 2).

There are many variations of the basic press and monogram mark which commonly have trademark or patent information of the various foreign countries to which the toys were exported. The number 1881 also appears in a number of marks. But keep in mind that 1881 represents the year the company was founded, not the year a particular toy was made.

Lehmann made many different types of toys but was perhaps best known for its painted clockwork toys and lithographed tin windups. Production ended in the mid-1920s. Originally selling for pennies, Lehmann items are among the most highly sought after antique toys with small 4″-6″ tin windups averaging $300- $1200.

The new toys with old appearing Lehmann marks were made in China. The Zikra cart shown here cost $35 new. It is unknown how many different new toys are marked Lehmann. Lehmann lookalikes were also made in Russia, but so far those pieces are not marked Lehmann like the Chinese toys.

When evaluating metal windups, carefully inspect the mechanism. Mechanisms of toys made 75-100 years ago, even toys with otherwise mint paint, almost always show at least traces of rust on the unpainted steel parts. 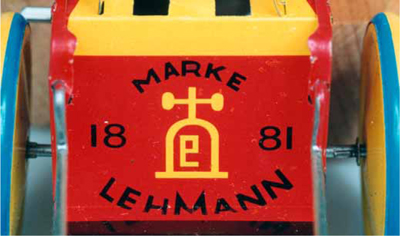 Fig. 2 The basic Lehmann mark (left) is a monogram of the initials E P L within a press. The mark appears alone or with words related to trademark laws of the countries where the toys were exported (center). The number 1881 appears in many marks (right) and refers to the year the company was founded. 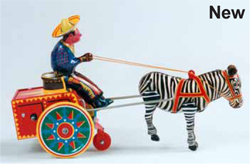 Fig. 3 New 8½" long lithographed tin windup cart marked Lehmann as shown in Fig. 1. New retail, $35. Note the absence of a key on the windup shaft just behind the wheel. 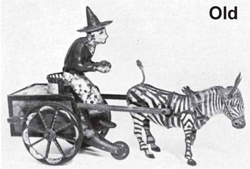 Fig. 4 Original Lehmann cart titled Zikra. A popular toy in the Lehmann line made from about 1910 until the company closed in the 1920s. Note permanently attached key behind the wheel. 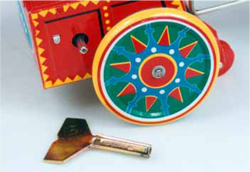 Fig. 5 Keys on virtually all Lehmann windups were permanently attached. The new Lehmann-marked toys have large removable keys. The position of the windup shaft is the same in both old and new.

Fig. 6 The new Lehmann-marked toy and many other new metal toys have reinforcing washers behind the metal tabs which join toy parts. These washers were never generally used on metal toys made before WWII. These washers are almost always a sure sign of a modern reproduction. 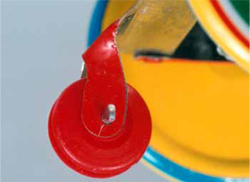 Fig. 7 The small front wheel of the new cart made in China (shown in Fig. 3) is plastic. All original front wheels are metal. 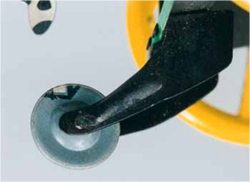 Fig. 8 The front wheel of the Lehmann copy from Russia is all metal and virtually identical to an original front wheel.