New green opaque glass, or Jadite, has been widely reproduced since early 1999. Opaque blue has been also copied.

No pieces of original Manhattan and Park Avenue were ever made in opaque blue. Although the 12″ size new bowl has no exact old counterpart, there were large bowls in the original patterns that are generally similar in shape. Manhattan included a 9″ salad bowl and a 10″ bowl was available in Park Avenue.

There doesn't appear to be any old counterpart in 1930-1950 opaque glass approaching the size of this new monster. The largest authentic plate we could find was a rare 10 3/8″ plate in Jadite Fire-King. That original is currently valued at $1000. This piece should automatically be suspect simply from its huge size.

The pale blue color of the new pieces is a close match to the originals. On our samples, the color was smooth and consistent throughout. The only exception was the batter bowl which had slight streaking around a small area above the base. 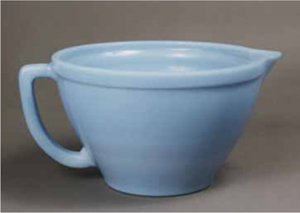 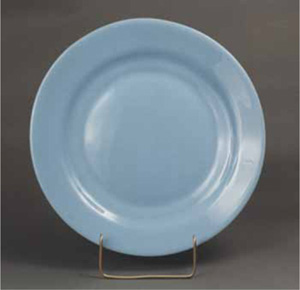 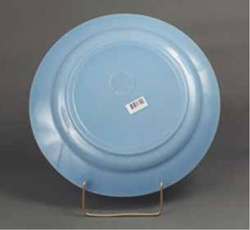 Fig. 3 Reverse side of 13″ plate shown in Fig. 2. Removable bar code tag and "Made In China" label in center. All three new pieces are made in China. 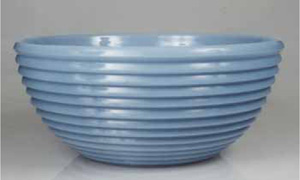 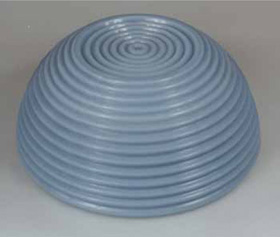 Fig. 5 Underside of new bowl from Fig. 4 No exact old counterpart known, but similar to pieces in Manhattan and Park Avenue. 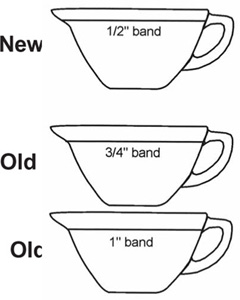 Fig. 7 Original Fire-King batter bowls are marked with the Fire-King logo on the bottom in raised lettering. The new blue batter bowl is not marked.