Shawnee Pottery corn ware (Corn King, Corn Queen) has been reproduced since at least 1996. Two new pieces, the #73 casserole and #70 cream pitcher, are shown here. Both new pieces are marked the same as original pieces.

Husks, or leaves, on original Corn King & Queen are shades of green. Husks on the new pieces are a dark mottled brown/green. The corn kernels are about the same color on both old and new. But color is not a reliable way to separate old from new. Now that new molds have been made, the color can easily be changed. A better way is to look at how the color is applied.

Note that the insides of the creamer and both the casserole base and casserole lid are white or uncolored. In original Shawnee corn ware, the insides are colored yellow. Another key difference is that original pieces have unglazed standing rims. On new pieces, the glaze continues right over the rims on the pitcher and the casserole. Dimensions on old and new are virtually the same; they differ no more than measurements do among original pieces. The source of the new corn ware is unknown.

There is what appears to be two hand inscribed initials on the bottom of both pieces. The letters look like either U K or V K and can be seen in Fig. 7.

Original Shawnee corn ware was introduced in 1941 and remained in production till Shawnee closed in 1961. 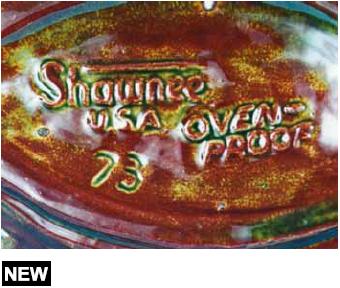 Fig. 2 Bottom of reproduction #73 corn ware casserole has the same raised mark as the original in Fig. 3. 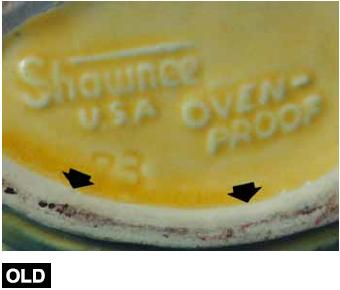 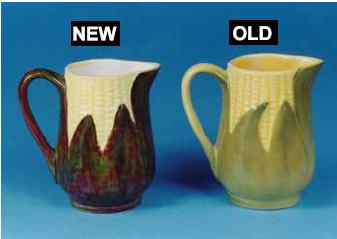 Fig. 6 New #70 creamer on left is white inside. Original cream pitcher is yellow inside. 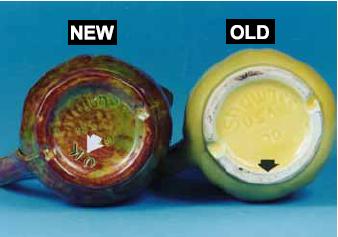 Another problem with Shawnee Pottery comes from some confusing labels. These new labels, Fig. 8, are virtually identical at first glance to an original label, Fig. 9. Both have an American Indian theme. Look closely, though, and you'll see that the original label has an arrowhead trademark in the upper left hand corner; the new has a tomahawk trademark. Otherwise the shape and lettering are practically the same. 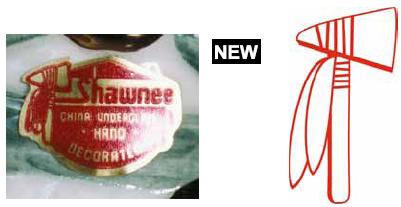 Fig. 8 Label on new pottery by Cecil Rapp with tomahawk on left hand side..