The owl is probably the rarest of Pairpoint's blown out or "puffy" lamp shades. The matching figural owl metal base is also one of the rarest Pairpoint bases. A new version of the shade and base was made in India and has been in the market since late 2000.

There are several ways to separate old from new. First, original Pairpoint owl shades were 10″ across the bottom; new owl shades are 12″ across the bottom. The original reverse painted owl shade was fired in a kiln to set the paint. The new shade, like 99% of all the other new reverse painted shades, are not fired but protected from scratches by a layer of white paint on the inside of the shade (Fig. 3)

Only a handful of original Pairpoint owl shades and bases are known and are worth $50,000 and up. 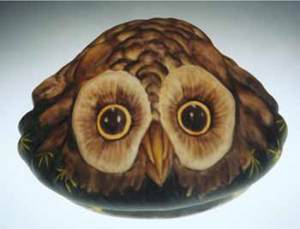 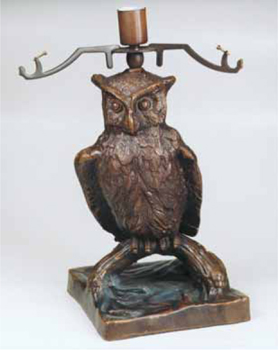 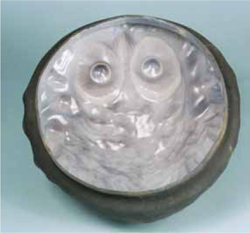 Fig. 3 Inside view of shade showing white protective coating. Original shades do not have the white coating inside. 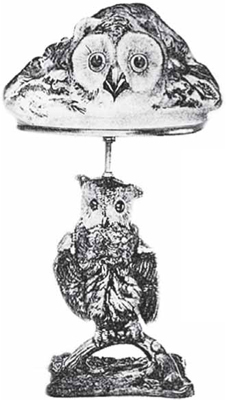 Fig. 4 Original Pairpoint owl shade and owl base. Original shade is asymmetrical with the viewer's right side larger than the left. The new shade is evenly divided down the center. Note the pipe coming from the head to support the circular metal rim which holds the original 10″ dia. shade.