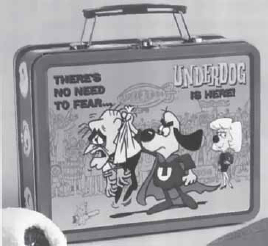 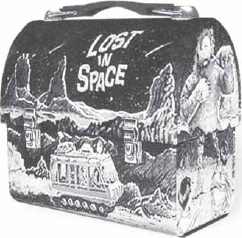 The number of classic metal lunch boxes back in production just keeps growing. Two of the latest victims are the Lost in Space and Underdog.

These two designs join a growing list of other classic metal lunch boxes whose originals sell in the several hundred dollar and up range. All of the new boxes ACRN has seen so far are being made in China. Most new boxes also include new vacuum bottles.

Most, but not all, new thermos bottles and lunch boxes seen have been permanently marked "China" somewhere in the design. The lettering is not large and sometimes takes some searching to locate. We have not seen any original company name appear on the reproductions.