Original marble tournament medals date from the early 1920s to the 1950s. The medals were awarded to winners of school, city, state and national tournaments and are primarily of interest to marble collectors. Originals are currently valued at $400- $800 depending on condition, material, and whether the original ribbon and box are present.

Unmarked reproduction medals have been appearing since around 1997. Since then prices for originals have declined about 25%-30%. Reproductions are available from the source for about $30 each.

So far, reproduction medals fall into two broad categories: 1) octagon and round National Marble Tournament medals with dates of the 1920s-30s; and 2) a variety of VFW (Veterans of Foreign Wars) sponsored medals with dates from the 1940s. Although only seven new medals are shown here, others are known to exist. The clues that identify the new medals shown in this article apply as well to those new medals not pictured.

Most clues to the reproductions arise from the different ways old and new are made. Original tournament medals are die struck the same way coins are minted. A separate engraving of each side is forced against cold metal under great pressure. The result is a virtually flawless piece with very high detail.

Reproduction medals, both silver and bronze, are cast in molds taken from the original medals. In making the molds, detail is lost (Figs. 10-13). New lettering, for example, is often blurred, wavy, filled in and not of uniform height. The molten metal poured into the new molds virtually never cools uniformly. This creates obvious flaws and irregularities on the surfaces of the new medals (Figs. 14, 16) and are most commonly seen as pits, bumps or swirls. Most, but not all reproductions, also have a distinctive extra seam or line of metal around the rim (Figs. 15 & 16). All these features are easily seen with a 10X loupe.

The majority of original medals on the market are bronze. Although sterling silver original medals were made, the original silver medals are virtually never marked "sterling". Any medal marked "sterling" is almost certain to be new (Fig. 15). Another obvious clue to a reproduction silver medal would be a new shiny surface. Originals have a dull surface (although an artificially aged surface can be created by chemicals.)

Do not let the presence of a ribbon influence your judgment about the age of the medal. Genuinely old ribbons from other sources can be attached to new medals. Likewise, genuinely old medals may have a modern replacement added for display purposes.

As a general rule, the patina or color of original jump rings–the metal rings used to attach the medals to the ribbon–should match or be very similar to the color of the medal. If the jump ring is original to both the medal and the ribbon, it would be the same age and have been exposed to the same surroundings and logically have the same patina or surface finish.

Hansel De Sousa, collector, for loaning the examples shown in this article for photography. 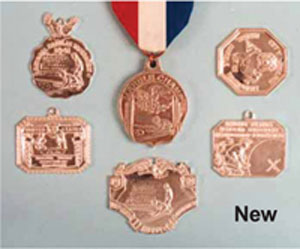 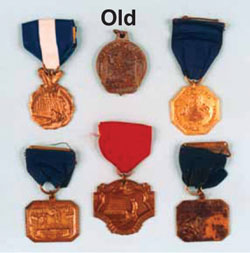 Fig. 2 Original marble tournament medals in bronze from which molds were taken to make the sterling silver reproductions. Originals were die struck; the reproductions are cast in molds. 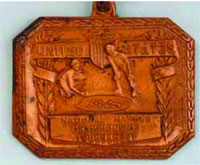 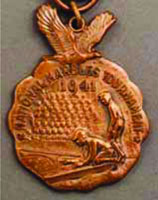 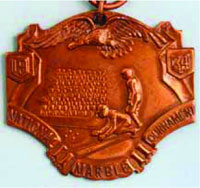 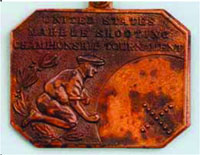 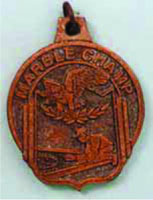 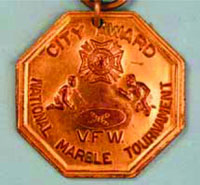 Original bronze medals shown below in Figs. 3-8. All these styles are now reproduced in sterling silver. All original medals below have a naturally dark patina unless noted. 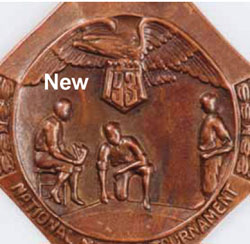 Fig. 10 Cast reproductions show virtually no details in faces such as eyes, mouth or nose. The heads appear as smooth featureless knobs. 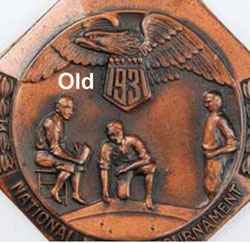 Fig. 12 Heads and bodies of crowd in background and of players in foreground have virtually no detail in faces or clothing in the cast reproduction.

Fig. 13 Eyes and details of clothing are clearly seen in both the crowd and the players in the die struck original. 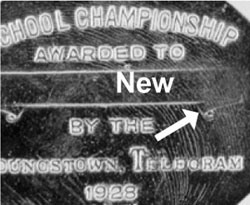 Fig. 14 Many of the cast reproductions have swirled lines in the surface (white arrow). This is caused by "waves" in the molten melt during cooling. 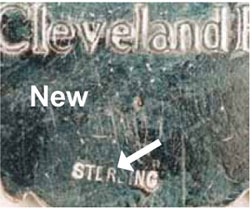 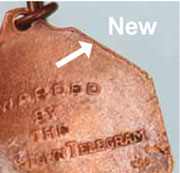 Fig. 16 Many of the cast reproductions have an extra roll or irregular lip of metal around the rim (white arrow). The letters tend to be blurred and filled in. There are frequent surface flaws.

Fig. 17 Names engraved on originals, right, are picked up by the new molds and appear on the reproductions, left.