Many Signatures Found on New Glass

Reproduction cameo glass marked Galle has been in the market since at least 1993. Initially, it was thought that Gallé was the only significant mark appearing on cameo reproductions. Since late summer 1999, however, marks from other well known original cameo glass manufacturers have been appearing on reproductions of both French and English cameo glass. These include Thomas Webb, Daum Nancy, Richard, Legras, Muller and Schneider.

New marks are virtually identical to original marks in size, appearance and method of manufacture. Like the originals they copy, the new marks are all in raised lettering formed by etching away the surrounding background. There is so much variation among genuine original marks that comparing the size and lettering of suspected marks is of little practical value in separating new from old.

The only new mark found so far that is markedly different from originals is the Webb mark shown in Fig. 12. This mark is an attempt to copy English cameo glass shown in Fig. 13. Although the words "Thos Webb & Sons, LTD" are technically correct, it is a very obscure and little used mark seldom found on authentic pieces. When found on originals, this mark was almost always etched or engraved into the surface, not raised glass letters that stand above the surrounding surface like the new mark.

The new Webb mark appears in the middle of the side of the vase which is also incorrect. With the exception of some later pieces in floral and fruit designs where the single word "Webb" appears in the design, the vast majority of authentic Webb cameo is signed in the base not on the sides.

Generally speaking, most of the new marks are placed in locations far more conspicuous than original marks. Like the new Webb mark, new marks on reproductions of French cameo are also located somewhere in the top half of the reproductions. Most original marks were much more subtle and less obvious and were typically placed around the bottom of a piece usually in the lower third.

The position of the mark and the exact phrasing of the mark are relatively easy to change so those factors are not going to be reliable long-term indicators of age or authenticity. A better indication of age is to closely examine the glass and how the glass was worked and formed.

The unique way the glass is worked and its composition are the best ways to detect this latest series of reproductions. Glass used in this group can be divided into two broad categories: one group with clear glass bodies; the other with spattered and mottled glass bodies.

While working with the new glass, we noticed areas inside the vases immediately behind the designs were recessed, or concave (Fig. 17). This was easily felt with your fingertips. The vast majority of original cameo glass–unless intentionally "blown out" to create a three dimensional effect–is perfectly smooth on the inside behind the design.

To discover the cause of this, we took a vase into a test lab and had the piece cut in half (Fig. 18-A). Much to our surprise, we found that the areas behind the designs had been ground out with a wheel (Fig. 18-B). The most common tool for this kind of work is a rotating flexible shaft. This work is done after the vase is formed and cooled.

In other words, if the grinding wheel removes a fraction of an inch too much overlay, the clear glass is exposed. Going back over our samples, we found at least several areas on each vase where the clear glass body was visible. Hold the glass under a strong light for best results. You'll need to look closely; most of the spots we found were one-eighth of an inch or less.

Virtually all vintage cameo glass is made of glass bodies with solid color throughout. Any original pieces with clear bodies were intentionally made so and the overlays were cut back to reveal the clear bodies, not hide them. In original cameo glass, the typical arrangement of glass is for a relatively thick body glass with one or more thinner overlays applied to the outside only. With the reproductions, there are overlays on both the inside and outside. The only purpose of the inner layer is to add color to the otherwise clear glass body. Using clear glass for the body with paper thin colored overlays is just another way to save cost; clear glass is cheaper than colored glass.

The other group of new cameo can be identified by its use of spattered and mottled glass bodies (Figs. 22 & 23). Bodies of the reproductions have spots, streaks and swirls of various opaque colors in clear glass bodies.

One or more solid colored overlays are applied to the outside only of the new spattered and mottled bodies (there is no colored layer on the inside). The overlays are then cut back to form the raised cameo designs. The insides of these new pieces are smooth, not concave, behind the design.

The great majority of original cameo bodies are virtually always a solid color throughout, not spattered or mottled. The only authentic pieces frequently found with multicolored bodies were made by Daum. However, the glass in Daum pieces is generally so well blended together there is usually no clear line or boundary between pieces, bits or streaks of glass within the mottled body. In the reproductions with spattered and mottled bodies, it is easy to see individual and separate pieces of glass suspended in the body.

Check for a Ground Pontil

As a final test, check the outside of the base for a ground pontil. If a piece of cameo is marked with the name of well known English or French maker and it doesn't have a ground pontil, it is almost certainly a reproduction. The only general exceptions to this rule are miniatures (under 2″) and some later Art Deco pieces which had the entire bottoms cut flat to give an angular geometric look.

Typical pontils in original cameo glass generally, but not always, show more than one color. This is because the outer overlay is usually pierced when the pontil is ground (Figs. 24-26) thus exposing more than one layer of glass. Original pontils have a dull finish because they were already ground when the glass was acid finished. Some of the new pieces in this article have slightly depressed areas in the bases but these should not be confused with ground pontils.

Signs of a reproduction are:

1) area behind the design is concave 2) clear glass body shows through the colored overlay 3) spattered or mottled body 4) no ground pontil 5) signature or mark appears prominently in top half of piece Keep in mind that other cameo reproductions may or may not have these same features. 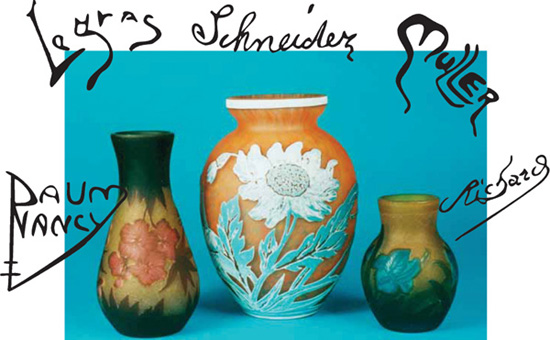 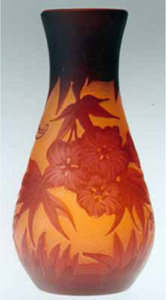 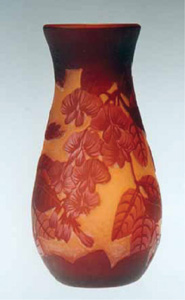 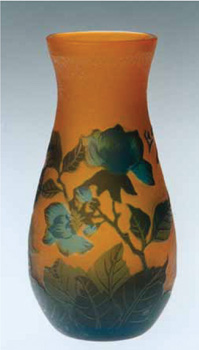 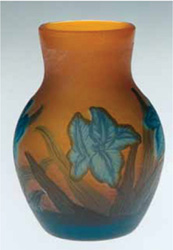 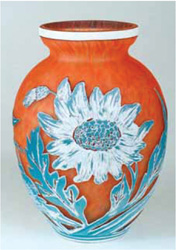 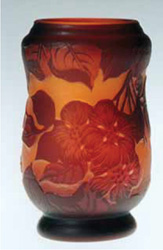 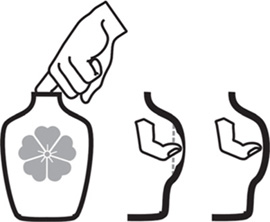 Fig. 17 The area behind the main decoration on the majority of new cameo is concave (hollow). You can feel the dip in inner surface with your fingertips.

Fig. 18 As seen from front side 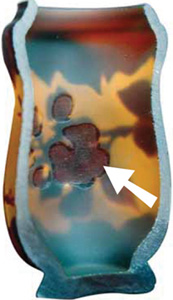 Fig. 18-A New cameo vase cut in half. Arrow points to concave area behind main decoration. These areas are ground out with a power tool after the vase is finished and cooled. 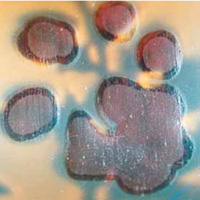 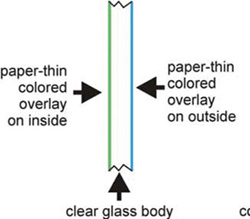 Fig. 19 The majority of new cameo featured in this article has a clear glass body with two paper thin colored overlays. One overlay is on the inside; the second overlay is on the outside. The inner layer is solely for the purpose of adding color to the body. 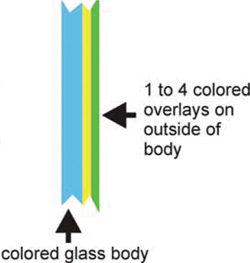 Fig. 20 Typical authentic ca. 1880-1930 cameo glass. Solid colored body with one or more colored glass overlays on the outside only. Clear glass was occasionally used for the body of authentic pieces but never with a colored overlay on the inside. 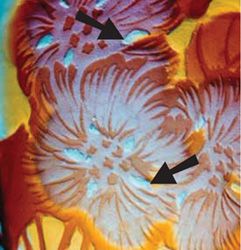 Fig. 21 On most new pieces, at least some clear glass shows through where the grinding tool has cut too deeply (arrows). Such spots are typically very small. Actual size of the clear areas above averages only one-eighth of an inch across. 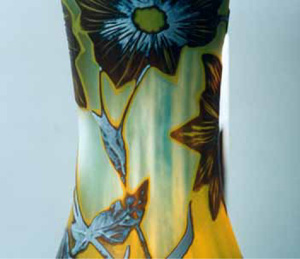 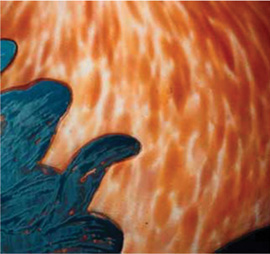 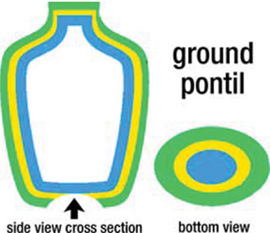 Fig. 24 Grinding through colored overlays produces the typical concentric bands of color on most, but not all, old pontils. 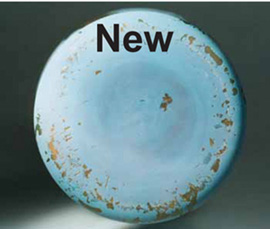 Fig. 25 Bottom of new cameo vase. No example of any new cameo examined by ACRN has had a ground pontil. Many bottoms are concave or slightly depressed, but none are ground. 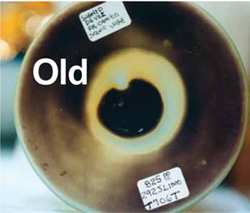 Fig. 26 Ground pontil on a typical authentic French cameo vase. Some original pontils are too shallow to expose the body or inner overlays and will show only the outer overlay color.