Many new Nippon reproductions on the market are much more difficult to identify than previous fakes and copies. Many new pieces are now direct copies of old shapes and original patterns. The vast majority of previous reproductions carried look-alike Nippon marks that were relatively easy to identify and warned buyers of an item's recent manufacture. These reproductions are unmarked thus removing one clue buyers had to help detect previous Nippon fakes and copies. Of the 28 new pieces shown in this article, for example, only three are marked, Figs. 15, 22, 32.

Two new marks not seen until recently are shown in Figs. 4 & 5. The new mark is Fig. 4 is based on an authentic mark used by Pickard China during World War I. Pickard couldn't get china blanks from its French and European suppliers during the war and began using blanks imported from Japan.

The other new mark, shown in Fig. 5, is a slight variation of an original mark. Note, however, that the new version of the maple leaf mark does not include the word Nippon. All authentic versions of the mark include Nippon. Keep in mind, however, that earlier fake maple leaf marks do include Nippon. You can tell new from old by the size of the maple leaf. Original leaves are only about one-quarter inch wide; new leaves are one-half inch or more.

With these pieces in the market, buyers should be very suspicious of any unmarked Nippon. If the piece is marked, carefully compare the mark to known originals and the fake marks already reported .

Quality of the reproductions has improved so much that many pieces in old shapes and old patterns are becoming harder to detect even for experienced buyers. Many new pieces now have some type of raised gold decoration very similar to old. Color combinations are also similar including the use of a very convincing cobalt backgrounds and cobalt border. The cobalt trimmed chocolate pot Fig. 7 and gold decorated sugar shaker Fig. 26 in particular have fooled even advanced collectors.

One of the clues to a newer piece is that the porcelain feels rougher to the touch. Gold on reproductions generally show mirror-like reflections. Old gold is usually softer and rarely shows distinct reflections.

For additional information about all aspects of collecting Nippon porcelain including reproduction updates, visit the International Nippon Collectors' Club web site at http://www.nipponcollectorsclub.com

Photos in this article appear courtesy of Joan Van Patten, author of the Collector's Encyclopedia of Nippon series. 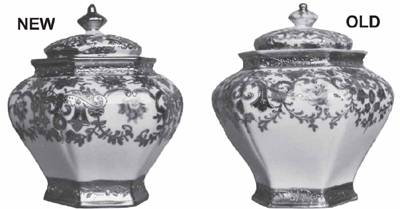 Fig. 1 New 7½″ biscuit jar on left is a direct copy of the original shown on right. Both have raised gold decoration with pink roses. New jar is unmarked; original jar has an authentic Nippon mark.

Fig. 2 Lids from urns shown above. Inside of new lid on left is partially enclosed. Original lid on right is open. 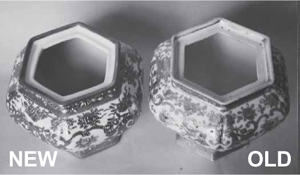 Fig. 3 The inner rim of the original, right, is perfectly flat. Inner rim on reproduction has slightly raised rounded ridge.

Fig. 4 New fantasy mark in gold, left, now appearing on some of the latest Nippon reproductions. New mark is based on authentic Pickard China mark, right, used ca. 1916 on blanks imported from Japan during World War I. 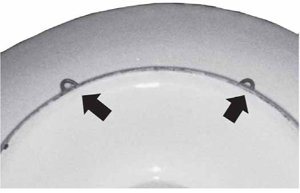 Fig. 6Some new pieces have features typical of originals. This new plate metal hanging loops in the rim just like old plates. 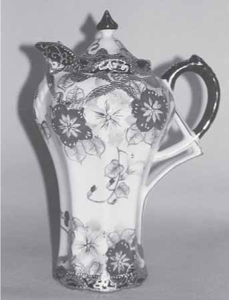 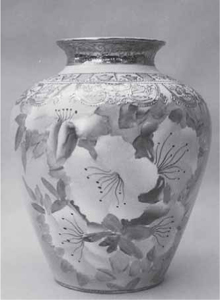 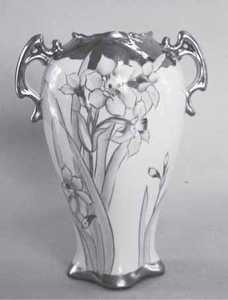 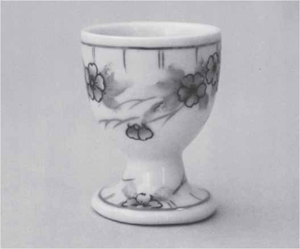 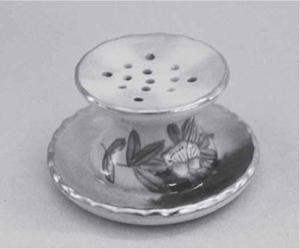 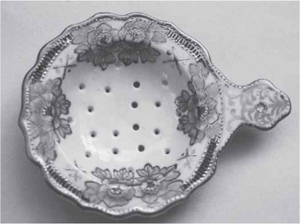 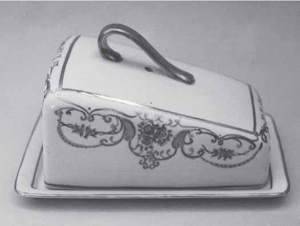 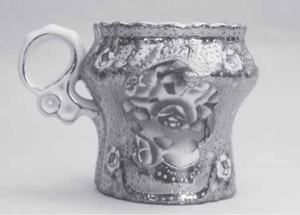 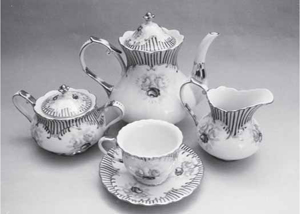 Fig. 15 Tea set, teapot 7¼″ high. New pattern is a direct copy of an authentic old pattern. Pattern also available on other shapes. Marked with gold stamp as shown in Fig. 4. 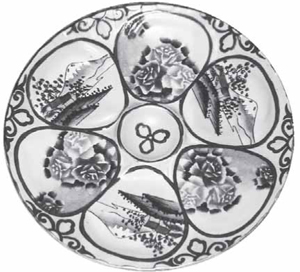 Fig. 16 Oyster plate, 9″ diameter. A fantasy shape, no original Nippon was ever made as an oyster plate. 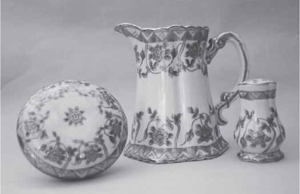 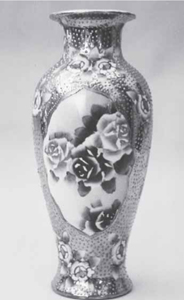 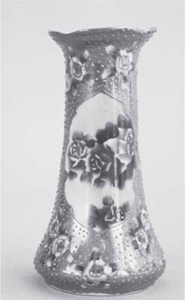 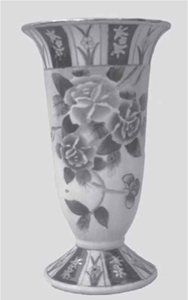 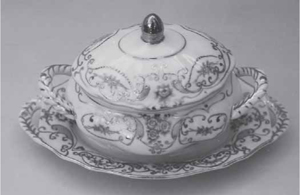 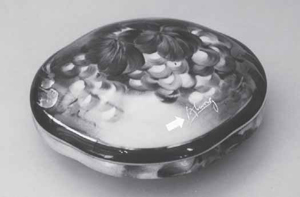 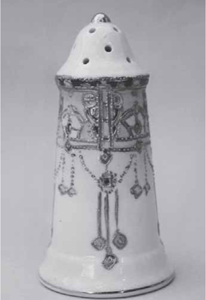 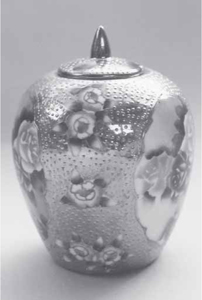 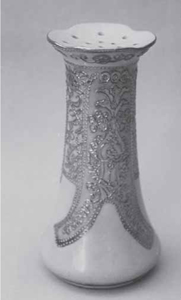 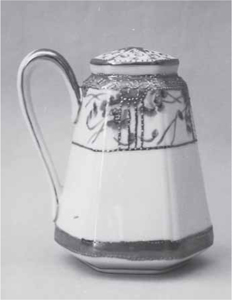 Fig. 26 Sugar shaker, 5″ high. One of the most convincing reproductions. 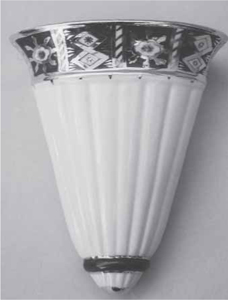 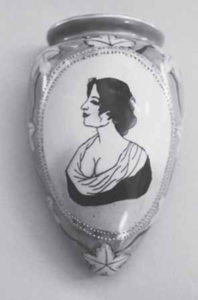 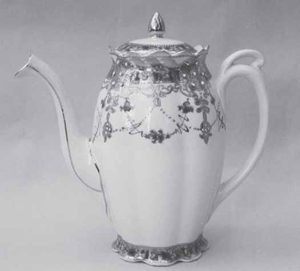 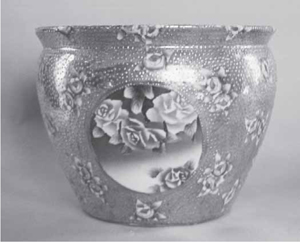 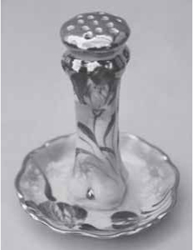 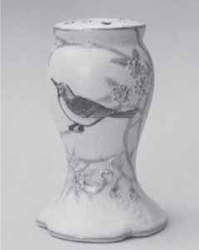