Historically, genuine ivory has been difficult to obtain, highly sought after and, consequently, an expensive luxury item. In some ways ivory is very similar to precious metals and gemstones. But while gold and silver have carried purity marks and have been closely regulated by governments for centuries, ivory has never been subjected to similar trade laws regarding genuineness or quality. It has never been illegal to sell imitations of ivory. As a result, there are a tremendous number of ivory look-alike objects in the market today. These include present day fakes to 19th century ivory substitutes like celluloid.

Ivory imitations and fakes have dramatically increased since the mid-1970s. This is largely due to laws, beginning with the Endangered Species Act of 1973, which limit commercial ivory trading to protect threatened species like whales and elephants. As additional laws continued to tighten the sale of natural ivory, more and more ivory fakes and substitutes appeared. Most mass produced new ivory look-alike products are honestly sold as imitations at low prices. But some of those pieces, as well as deliberately confusing intentional fakes of old ivory, frequently appear in the antiques market. This article will look at the basic ways to separate genuine ivory from present day simulated ivory as well as older look-alike ivory.

Many people associate the word "ivory" with only elephant tusks but this is not accurate. Ivory comes from teeth as well as tusks of a number of mammals. Tusks are simply large teeth that extend outside the mouth. Elephant tusks, for example, are upper incisors; walrus tusks are upper canines. Tusks and teeth are formed of the same four parts: enamel, cementum, dentine and pulp cavity. These parts are shown in an elephant tusk above but are included in all other forms of ivory regardless of animal species.

The mammals which provide ivory are: 1) elephants (order Proboscidea) which include species alive today (extant) as well as prehistoric elephants now died out (extinct) like mammoths; 2) walrus; 3) whales--sperm, killer and narwhal; 4) hippopotamus and 5) warthog. These groups represent the main sources of commercial ivory used over the years. Small sized pieces of noncommercial ivory have also been obtained from other species such as tusks from most species of wild and domestic pigs and boars and from the teeth of beaver, elk, camel and bears.

Many people rely on the hot needle test for ivory. When touched with a hot needle, genuine ivory chars and turns black; a hot needle will cause artificial material to melt or burn. In our view this test is bad for two reasons: first, it's destructive to the piece tested, second, it doesn't tell you the type of ivory you're looking at. Knowing the kind of ivory you're dealing with is now extremely important due to the laws banning the sales of whale ivories.

In their book Identification Guide for Ivory and Ivory Substitutes, the National Fish & Wildlife Forensics Laboratory recommends a three step approach to the identification of ivory and ivory imitations. 1) examination with long wave black light; 2) examination of physical features/shapes; 3) look for Schreger angles (crosshatch grain characteristic of elephant ivory). The step-by-step chart on page 42 will guide you through an easy yes or no process of elimination.

Using black light is an important first step because it saves time by ruling out artificial materials. Virtually all plastics and resins fluoresce blue or blue/white under long wave black light regardless of the surface color in ordinary light. Genuine ivory usually fluoresces white but this can vary depending on whether the ivory has a patina. Most natural old patinas fluoresce dull yellow or brown. Be very suspicious of any brightly colored fluorescence such as yellow as this indicates artificial aging in dung, urine or animal fats. Use black light as your first test, not your only test. Black light is useful for eliminating artificial materials but can not alone prove a piece is ivory. Bone, vegetable ivory (cellulose) and glued together ivory dust, for example, all react like genuine ivory under black light.

Ivory is formed by living growing tissue. The direction and forms of growth are unique to each ivory producing species (see illustrations page 41). These unique grain structures have so far been impossible to duplicate in artificial substances like plastics and resins. Generally, grain always runs along the long dimension of a piece of authentic worked ivory.

The presence of grain also allows us to eliminate other natural non-ivory materials such as bone and glued together ivory dust. But like the black light test, grain alone does not guarantee a piece is ivory. You must use several tests before you can make an accurate judgement.

Ivory nuts, which are the hard cellulose kernels from Tagua palms, are frequently confused with genuine ivory. They fluoresce like genuine ivory under black light and show a fine grain under magnification. Although they can grow to the size of a small apple, the majority of ivory nuts are under 2" which makes them unsuitable for large carvings. The most common use of ivory nuts is for new netsuke. The definitive test is to apply a small drop of sulfuric acid. This will form a pink stain on ivory nuts in 10-12 minutes but will not stain genuine ivory. However, use this test as a last resort; the stain is permanent and not removable.

Don't be misled by surface color in ordinary light. Patina, regardless of color, does not prove either age or whether a piece is genuine ivory. Natural original patinas on genuine ivory can fade completely away in bright sunlight. The surface can fade so much that Schreger Lines and grain become almost invisible.

Large pieces of old ivory commonly form cracks over the years. Some persons incorrectly use cracks as a sign of age or proof that a piece is ivory. This is misleading. Many new pieces of molded artificial ivory have "cracks" and other imperfections deliberately included in the casting.

The critical point to keep in mind is the need for multiple tests. No one test provides an accurate basis for judgement. Under normal circumstances, genuine ivory (with no or little patina) should appear white under long wave black light and genuine ivory always has grain. Elephant ivory always has Schreger Lines, a cross hatch pattern, when seen in cross section. Translucence is an ivory characteristic that can be helpful in differentiating it from bone, as bone is an opaque substance.

Anyone dealing in ivory needs to know the laws regulating its sale, display and transportation. The primary federal laws governing ivory are: The Endangered Species Act, Lacey Act, Convention On International Trade in Endangered Species (CITES), and African Elephant Conservation Act. Copies should be available at larger public libraries and most U.S. Fish and Wildlife offices. 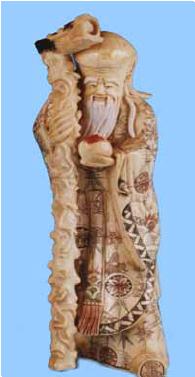 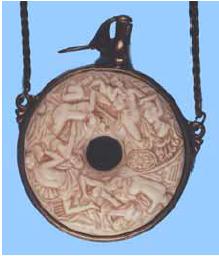 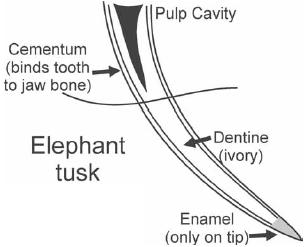 Fig. 5 Tusks are only large teeth. All geunuine ivories are made dentine found in the teeth of all mammals. 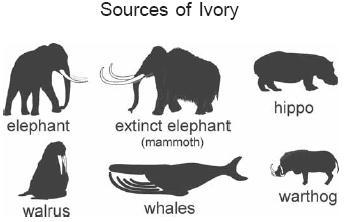 Fig. 6 Main sources of commerical ivory over the years.

Editors Note: Other than a basic description, this article will not cover whale scrimshaw (carvings on whale teeth). Genuine antique scrimshaw is highly regulated by federal and state governments and legally sold by permit only.

Jagged edged pits and broken bubbles are typical in the surface of synthetic ivory substitutes. These materials are usually some type of resin/plastic and are almost always molded. Trapped air and expanding gas from impurities virtually always cause rounded smooth-backed holes in the finished surface. No similar type pits or holes are found in genuine ivories.

No grain or the presence of a repeating grain pattern are two characteristics of artificial ivory. Plastics and resins have no grain. Nineteenth century cellulose was created specifically to imitate genuine ivory and usually has some type of grain. Look at it closely at you'll see grain lines of regular even thickness repeat in a regular pattern. Grain lines in real ivory are random.

Mammoth or elephant ivory? Place the base or cross section of test piece on a photocopier (or scanner) to get a hard copy image of the Schreger lines on paper. Now use a straight edge to mark and extend lines of intersecting angles(Fig. 17). Then measure angles with a protractor (Fig. 18). If the angle of intersection is less than 90°, it is mammoth ivory; more than 115°, elephant ivory. Make your measurements on the outer-most angles and use an average of five angles minimum to insure accurate testing.

Fig. 9 Surface of synthetic ivory. No trace of grain.

Fig. 11 -- Mold seams and casting lines Many, but not all, cast resins and plastics show seams. They are often concealed in the pattern as in the piece shown above. Note tool marks at left. 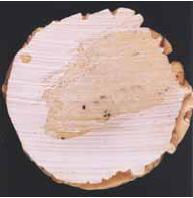 Fig. 14 -- Be suspicious of rough or obvious tool marks. The deep grooves on this piece appear on the bottom of a supposedly carved tusk. It is a piece of cast resin. 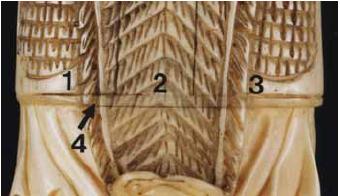 Fig. 15 -- Joints and seams. Virtually all old ivory carvings are made of single pieces of solid ivory. Cow bones are now being glued together to create large figures. This photo shows the meeting of four separate pieces typical of the cow bone figures. This is how the statue in Fig. 1, is made. 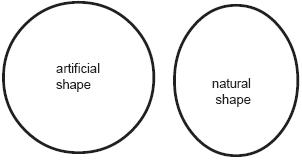 Fig. 16 The bases of most larger genuine ivory figures carved from elephant or walrus tusks are oval because that is the natural cross section of the tusk. Bases of many, but not all, artificial ivories are very nearly perfectly round. This is not a conclusive test but is often one more clue in separating new from old. 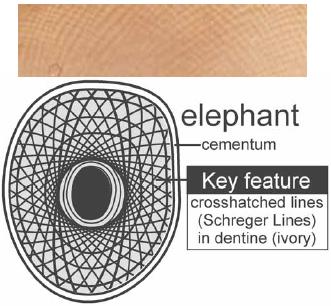 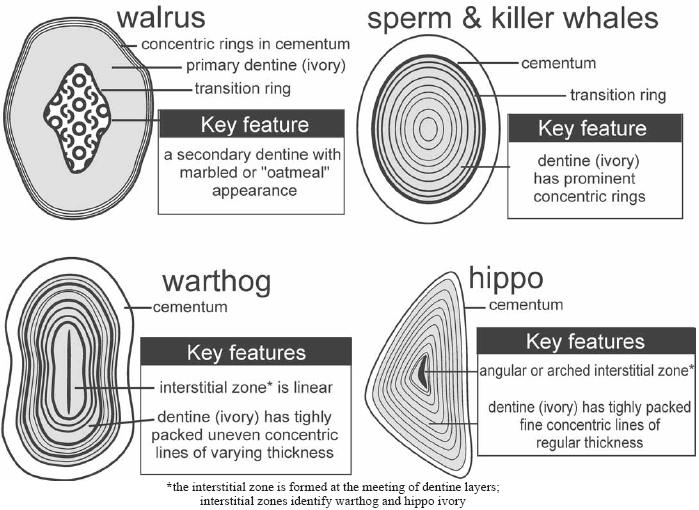 Fig. 19 Genuine ivory has grain characterized by lines of random spacing and irregular thickness. Note alternating lines of dark and light grain in photo. Grain will look different from species to species and though the extent of fading or how a piece was cut can mean it may not always be obvious, all genuine ivory will have grain. With the exception of celluloid, virtually no synthetic ivory has grain. Natural bone has grooves and pits but not grain.

(all photos & illustrations are shown in cross section) 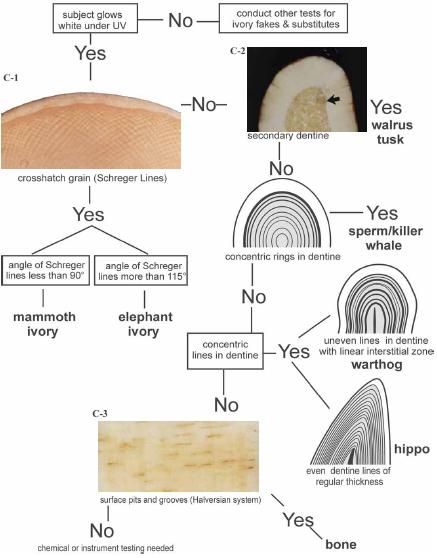 "Ivory" Figures Made from Bone

Relatively large figures that resemble ivory are being made of fish bone and water buffalo bone. The majority of these new pieces are being made in China.

The figures are made by gluing together small blocks of bone into large masses. The mass is then carved as if it were a single piece. These pieces can be identified by many glue joints from gluing the small blocks. 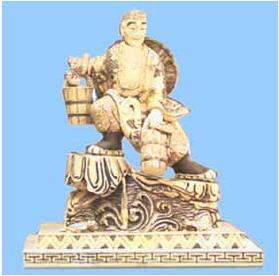 A new 14-inch figure made of glued blocks of bone. Carved in a classical style to resemble antique ivory.