The Indiana Tumbler and Glass Co., commonly referred to as Greentown, made original covered dolphins in three variations. The primary differences are found in the rim of the dolphin's mouth. Original rims can be smooth, sawtooth or beaded. At this point we do not know of the smooth rim being reproduced. Both sawtooth and beaded rim have been reproduced.

John E. Kemple Glass Co. made the first reproduction sawtooth dolphin from a new mold in the 1950s. This mold was later sold to Wheaton Industries of Millville, NJ. A second sawtooth dolphin mold was made in the late 1960s by St. Clair Glass Co. That mold was sold to Summit Art Glass in 1978. In the late 1990s, Summit retooled the St. Clair sawtooth mold to create the beaded rim version.

You can recognize the 10-tooth Kemple or Wheaton reproductions by examining the inside, or body cavity, of the dolphin. The inside cavity of Kemple or Wheaton sawtooth dolphins is smaller than original cavities and ends in a nearly vertical wall (Fig. 10). The cavity of the original sawtooth dolphin is larger and deeper than the reproduction and ends in a curved bulge at the beginning of the tail area.

The various styles of original Greentown dolphins are known in amber, cobalt blue, emerald green, chocolate, teal blue, canary, opaque white, Nile green and Golden Agate. Reproductions have been made in colors that attempt to imitate original colors as well as many colors never made during original production.

The Indiana Tumbler and Goblet Co. of Greentown, IN was in operation from 1894 to 1903. All original Greentown products date from that period.

James Measell is a noted authority on antique glass and the author of many books and articles on the subject. 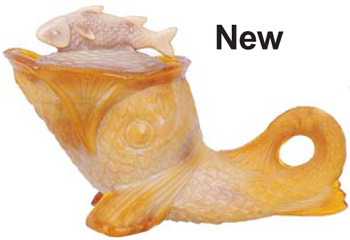 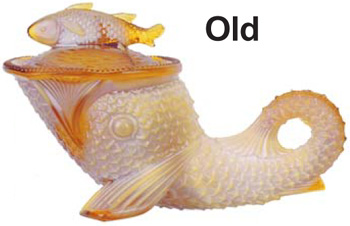 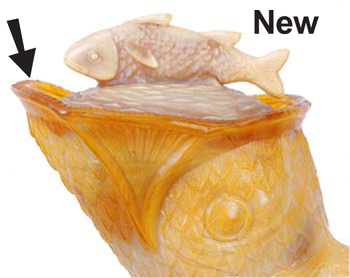 Fig. 3 New beaded rim dophin by Summit. The front side of the mouth of the new dolphin has a wide flare. 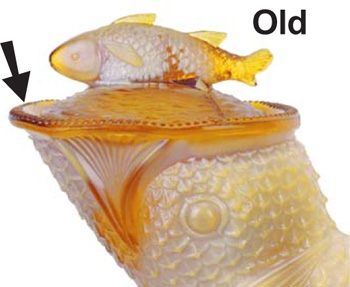 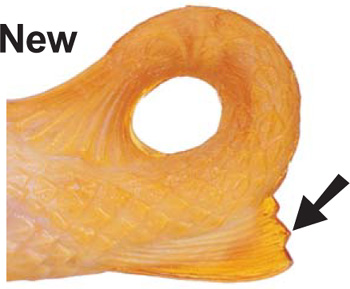 Fig. 5 Tail area of new beaded rim dolphin. The fin on the base is about twice the size of the original fin. 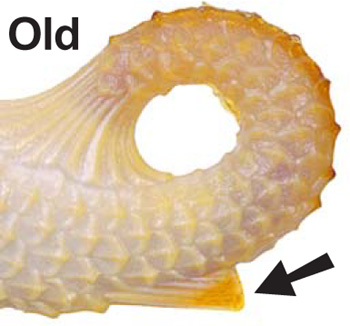 Fig. 6 Tail area of original beaded rim dolphin. The original fin is about half the size of the reproduction fin. 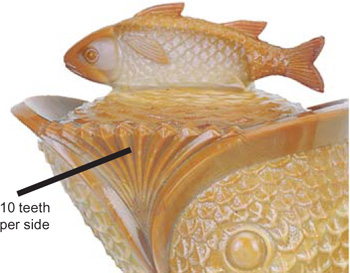 Fig. 7 Original sawtooth-style dolphins have 10 teeth on both sides of the mouth. The St. Clair/Summit version has 10 teeth on one side but only nine teeth on the other. CAUTION: The Kemple/Wheaton mold also has 10 teeth on each side. See text for details. 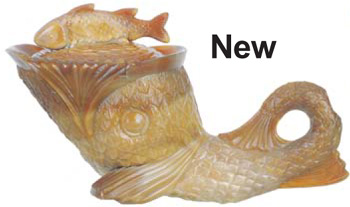 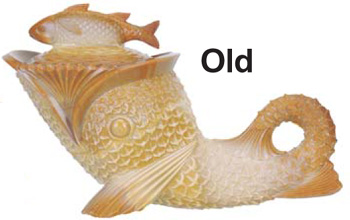 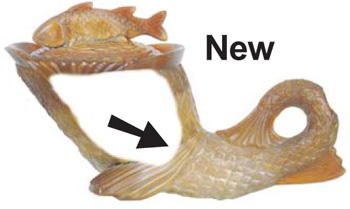 Fig. 10 The interior of the Kemple/Wheaton sawtooth dolphin is smaller than the original and ends in a nearly vertical wall. 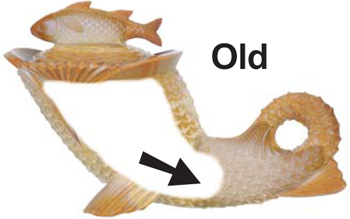 Fig. 11 The interior of the authentic sawtooth dolphin is deeper than the reproduction and ends in a rounded bulge. 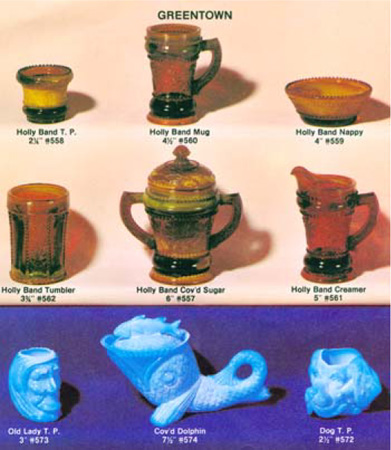 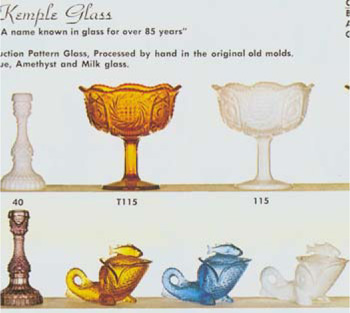 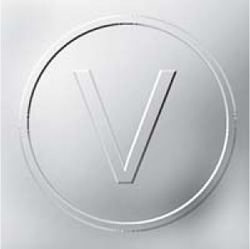 Fig. 14 A few sawtooth reproductions are marked in the mold with a V inside a circle shown here. The V represents the last name of Summit's founder, Russell Vogelsong.