The name Webb has been associated with English glass since the 18th century. It's probably as well known among Americans as with English collectors.

What few Americans realize, however, is that the name Webb appears in several glass company's marks. And some marks Americans attribute to Webb – the propeller and spider web – were never used by Webb. In this article, we'll examine and date the authentic Webb marks used over the years as well as typical forgeries.

The best known branch of the family begins with John Webb and the White House Glass Works in the 1830s. John passed this glass works to his son Thomas Webb I in 1835. Thomas went on to found Thomas Webb & Sons which operated several glass houses known collectively as Dennis Glassworks. When Thomas I retired in 1863, he was succeeded by three sons Thomas II, Charles and Walter. In 1919 the Dennis Glass Works was reorganized under the name Webb's Crystal Glass Co. Ltd. Another merger in 1964 combined the original Thomas Webb & Sons and Webb's Crystal Glass under the name Crown House Ltd.

Many pieces of Webb–particularly Webb cameo are among the most highly priced pieces in the market. Forgeries have been reported since the mid-1960s and they have become increasingly common.

The authentic examples shown here are the most common, but certainly not all, of the authentic marks found on Thomas Webb and Sons glass made ca. 1880 to 1910. None of these marks would ever appear as a simple matte acid stamp. Sharpness of detail varies considerably among original marks.

Thomas Webb and Sons should not be confused with the products of Webb Corbett, covered at the end of this article. 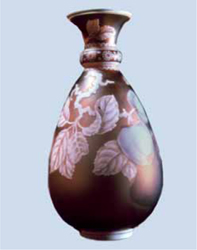 Fig. 1 The seller shows you this vase and says it's signed Webb. Can you separate an authentic mark from common forgeries? 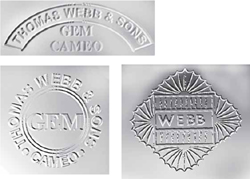 Fig. 2 Three marks with Webb. Only two are authentic. 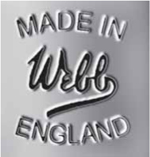 Fig. 8 Webb inside a shell background, sometimes a registration number will appear below. This mark always on the bottom of pieces, generally in the ground pontil.

Webb named their product Queens Burmese. Some, but far from all, pieces of Webb's Burmese is marked Queens Burmese Ware, Patented, Thos Webb & Sons. This mark is cut with acid in the ground pontils. It can appear with letters either below the surface, below left, or raised above the surface, middle. This mark was in use 1887 to ca. 1913. The mark may or may not include the English Registry (patent) number, 81067, which is the only number that should appear with this mark. 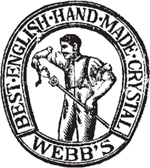 Fig. 14 This Webb trademark remained in active registration through the 1960s. Exact use not confirmed; believed to be used on paper labels.

So-called propeller mark hand-painted in black enamel. It is widely thought in the American market that this is a mark of Thomas Webb and Sons. No evidence has ever been found documenting this link. It is pre-1920, but not Webb.

Fig. 15 Although neither of these marks are Webb, that doesn't prevent them being forged and offered as Webb.

Fig. 16 Three typical samples of rubber stamped forgeries. These stamps have been found in matte acid as well as indelible ink applied to opaque glass. There are no old counterparts to these rubber stamped marks.

Fig. 17 Very crude raised glass "THOS WEBB & SONS, LTD" mark on the side of a reproduction cameo vase made in China. The mark is formed at the factory. This particular mark is technically correct but it is a very obscure mark very seldom found on authentic pieces. 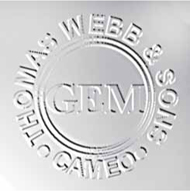 Fig. 20 Acid cutback mark first found in 1990. No original counterpart to this mark is known.

Webb Corbett was founded in 1897 by George Corbett and Herbert Webb and Thomas Webb III (two grandsons of Thomas Webb.) The original name of the glass house was Thomas Webb and Corbett Limited. Although two Webb descendants were partners, there was no connection between this new firm and Thomas Webb & Sons.

The primary Webb Corbett product has always been cut and engraved lead crystal, particularly stemware. Most pieces are marked by sandblasting or acid stamping. In the 1970s, Webb Corbett brought back a limited line of cameo glass called "air carved," another name for sandblasting. These pieces had a single layer of colored glass over a thick clear glass body. 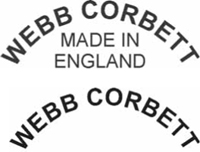 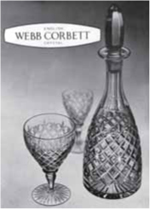