Figural bottle openers became collectible as twist-off and "pop-top" containers replaced bottles sealed with metal caps. The majority of authentic collectible bottle openers were made between the 1940s and mid-1960s. Even though original openers are not especially old, they have been popular targets of reproduction importers. Three copies are shown here.

The opener in Fig. 1 is an 8″ chrome plated figural nude. Priced at $15 in a national mail order company. No mark. Copied from a 1950s original; original maker unknown. 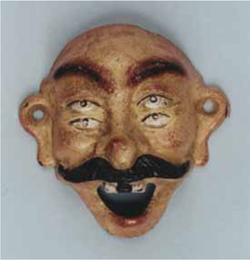 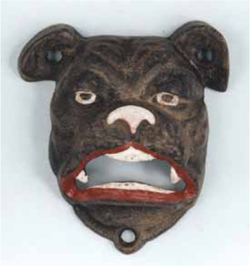