A salt and pepper set copying vintage Holt-Howard Pixieware began appearing in 2004. The set shown below was found selling for $12 in a mail order catalog.

These shakers are a fantasy item. No shakers in this shape were ever part of the original Holt-Howard Pixieware line. The new shakers are made from new molds designed to imitate the general appearance of vintage Pixieware.

The new shakers were sold by the same firm which introduced a fantasy cookie jar in the Pixieware style in late 2003. No Pixieware cookie jar was ever made in original production..

Holt-Howard was founded in 1948 by brothers John and Robert Howard and Grant Holt. At first the company specialized in holiday goods but gradually diversified into kitchen wares. The majority of its novelty ceramics including the Pixieware line were made in Japan.

The original kitchen items featuring winking pixies were first introduced in the late 1950s and early 1960s. Over 60 different shapes were available from condiment pots, bottles, trays, bowls and special serving pieces. Prices for original items, depending on shape and inscription, sell for $45 to $155.

Most, but not all, original Holt-Howard ceramic Pixieware is marked with an ink stamp. Smaller items with particularly tiny bases or backs are the most likely items to appear without a mark. Most ink stamped marks included the C in circle copyright mark, ©, and the words HOLT HOWARD. Some marks also include the JAPAN and may also include model or product codes. Some original products were also marked with a only a foil label. 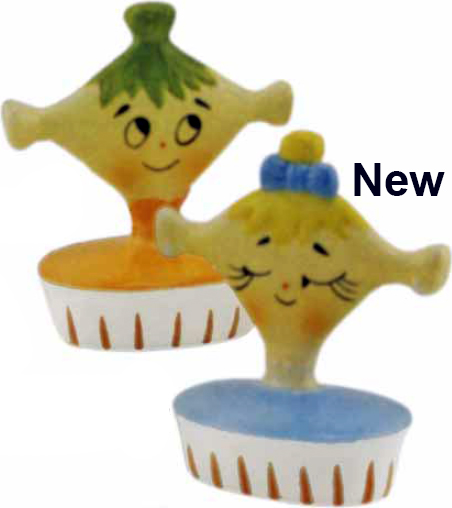 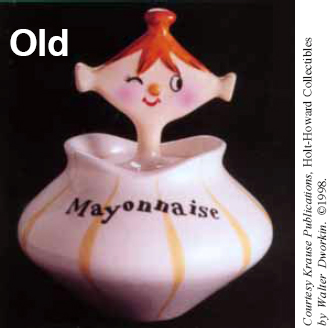