Anita and Bill Duff thought they had done a thorough job researching the Tiffany lamp they hoped to buy at auction. The numbers on the base and shade matched those shown in original Tiffany catalogs. The way the marks were stamped or embossed also appeared to be the same as photos of original marks in reference books on Tiffany.

When lighted, the lamp had the rich translucent glow of genuine Tiffany glass. The leading was very thin and fine as it should be on an expertly made original. In short, every aspect of the lamp--mark, construction, and materials--seemed to be correct. The Duff's were confident of the lamp's authenticity and bought it with a winning bid of $6500.

The lamp was sold at Justice Antiques & Auctions of Lincoln, Illinois on April 28, 1996. Running the auction that day was Russ Justice owner of the business. When the Tiffany lamp the Duffs wanted came up for sale, Justice told bidders that he would personally guarantee it was authentic.

In a telephone interview with ACRN, Justice said he had no hesitation about guaranteeing the authenticity of the lamp."I did business with the lamp's consignor lots of times before. Although this was the first signed Tiffany they had, it was similar to other high quality lamps they brought me to sell. So sure, I guaranteed it was genuine," said Justice. The lamp was delivered to Justice just a few days before the sale and did not appear in the advertising for the auction in which it was sold.

On June 11, the Duffs--convinced they had an authentic Tiffany lamp--took it to Treadway Gallery in Cincinnati, Ohio intending to consign the lamp for sale. At the gallery, Don Treadway began a detailed examination of the lamp.

About an hour into the examination, Treadway noticed a gritty speckled surface on the inside of the shade. It chipped off when scratched with a fingernail. Beneath the gritty film, the glass was a totally different color. Further inspection showed the film or spray to be applied to both the inside and outside surface of the shade. Fingernail polish remover was used to clean the film from larger areas and confirmed the presence of the film on the entire shade.

It should be clearly understood that this film is not imitating dirt or dust. It is being used to alter the color of the new glass. Although it covers the leading as well, the spray has little if any effect on the appearance of the patina on either the leading or the base.

This film appears by casual inspection, to be nearly identical in color and texture to a film found on new Staffordshire figures made in China. However, the film on the pottery figures doesn't change the colors underneath in the same way the color of the glass is changed.

After the film was discovered, a closer inspection of the entire lamp revealed some more clues to recent manufacture."The lamp base that comes with the shade is in my opinion a recast," says Treadway. He pointed out that the patina had a red cast to it which was unlike the original Tiffany patina. The Tiffany Studios mark in the base was also unusually clear with little or no patina of any kind; most original are partially filled in with patina and wax. Another cause for suspicion was the model number in the shade's rim--in this case it was unusually large. Most numbers are about the same size as the company name although this varies considerably even among originals.

On June 24, the Duffs returned the lamp to Justice who returned their purchase price."Somebody obviously broke the law putting those marks on it," said Justice."Now we're caught between a rock and a hard place deciding how to handle this with the lamp's consignor."

It is highly unlikely that this lamp was the only one of its kind made. Similar lamps with the same or other combinations of bases and shades are almost certain to exist.

This incident proves that signatures and marks alone are no guarantee of age or authenticity. Insist on being allowed to make a thorough inspection of any big ticket item you are considering buying.

Special thanks to Bill and Anita Duff for sharing their story with ACRN.

All photos in this article are of the new lamp unless noted otherwise. 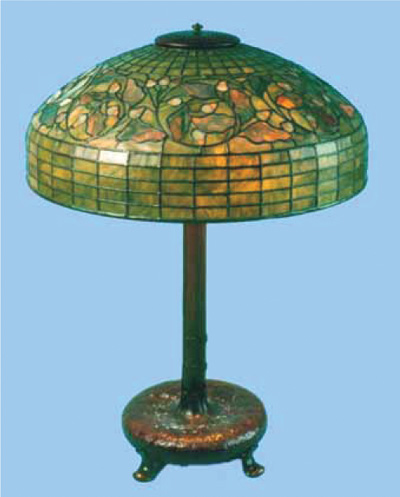 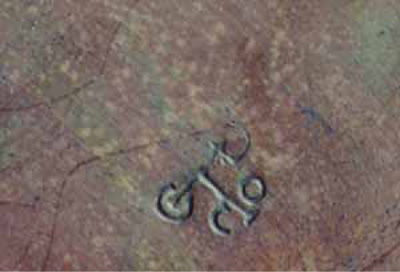 Fig. 4 This mark, Tiffany Studios New York, is also impressed in the new base. Both marks in Figs. 3 and 4 did appear on original Tiffany bronze lamp bases. 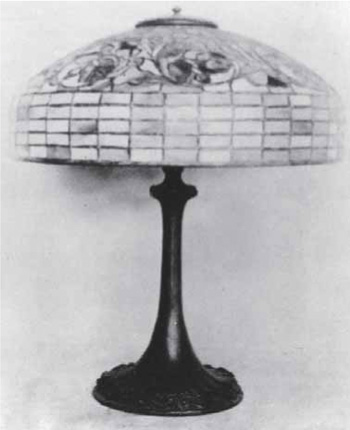 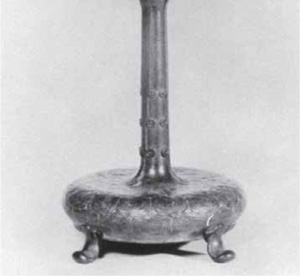 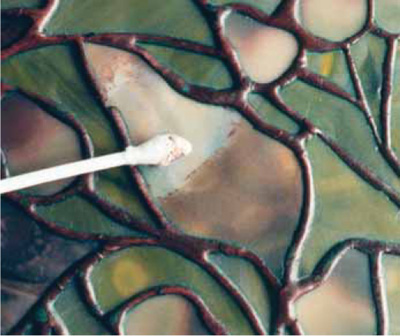 Fig. 7 The entire shade had been sprayed with a film. It was taken off with fingernail polish remover. Beneath the film, the glass was very pale and lacked strong color. 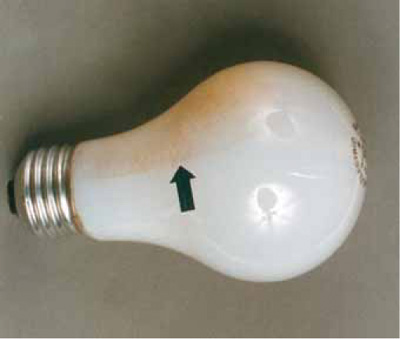 Fig. 8 Spraying the film was apparently a "hurry-up" operation. While the lamp was being photographed, the spray was noticed on the light bulbs in the lamp's sockets. 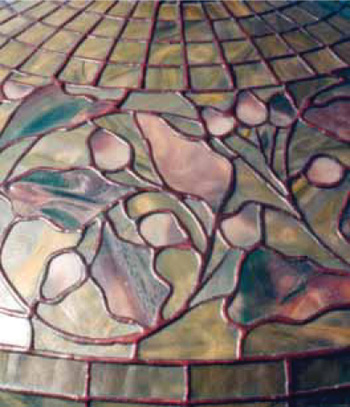 Fig. 9 Section of new shade in close up showing colored glass as seen from outside the shade with spray undisturbed; dark green. 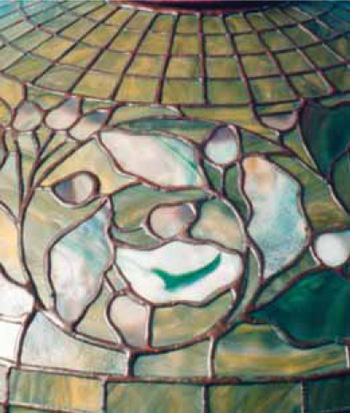 Fig. 10 Close up of the shade with the spray removed showing a low quality white glass with scattered streaks of green.