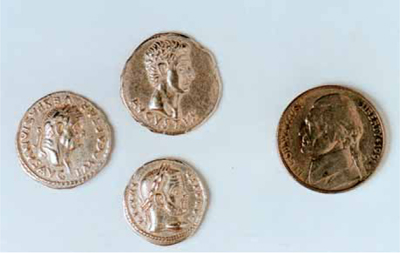 There have been reproductions of ancient coins since the Italian Renaissance of the 14th and 15th centuries. In theory, reproductions of any coins–ancient or modern–sold in the United States must be clearly marked as a reproduction or replica under terms of the Hobby Protection Act of 1973. However, in practice this law is rarely, if ever, enforced.

But where many dealers, appraisers and auctioneers might easily spot a phony US silver dollar or bogus Indian head penny, probably not many could pick out a reproduction silver Roman denarius.

The reproduction coins shown on these pages are typical. These particular examples were made by the Bulgarian engraver Slavey. Slavey manufactured at least 15 different styles of ancient silver coins. It's interesting that in promotional material provided by a seller of the Slavey coins it was pointed out, "His work is CHARACTERIZED by the LACK of any identifying marks, such as 'COPY' or the like" (emphasis is the seller's).

So how does a general line dealer or appraiser spot a reproduction ancient coin?

Malter Galleries Inc. in Encino, California has specialized in ancient coins since the 1960s. ACRN spoke by phone with founder Joel L. Malter about general warning signs on typical reproductions that might show up in estates, flea markets or in online auctions.

"The most common clue to a reproduction ancient silver coin," said Malter, "is that new pieces are virtually always cast whereas most originals are die struck. The great majority of modern castings have a slippery, greasy feel to them with a spotted or grainy, soft surface.

"Also check around the circumference of the coin for a seam. If you see a line there, it is probably a reproduction. And it sounds simple, but just read everything on the coin. Many reproductions, like those sold at museum gift shops, will be marked with initials such as BM used by the British Museum.

"Coins are like other antiques," observed Maler. "Deal with reputable experienced dealers who back their merchandise with written guarantees."

The new Slavey examples shown here averaged $15 each. If original, the coins reproduced by Slavey and other forgers would sell for a couple of hundred dollars up to about one thousand dollars.

Most reproductions of ancient coins are legitimately sold in tourist shops, museum stores and as curiosities. However, once in the public market, they often become confused with originals. Since most copies are not marked, it can be difficult to tell old from new without consulting a reference book.

All the new coins below have a pebbled, grainy surface left by modern casting.. The out-of-round irregular rims are deliberately made in this way to replicate crudely made originals. The extra silver that extends out beyond the edge of the design is typical of early die struck pieces and appears on the originals as well as the copies. 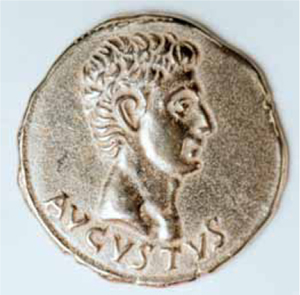 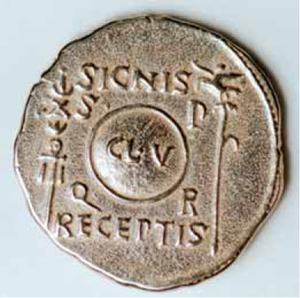 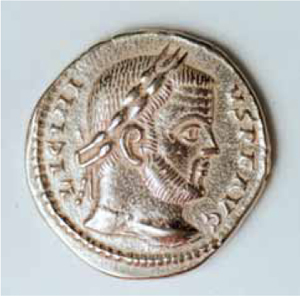 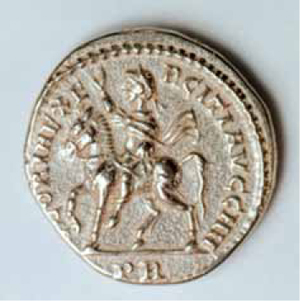 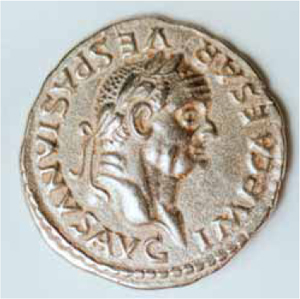 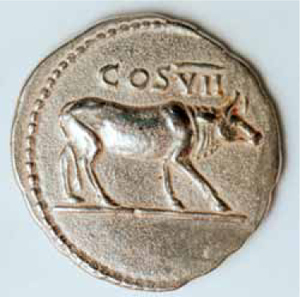 Joel L. Malter is author of the two volume set, Byzantine Numismatic Bibliography which lists books and articles on Byzantine coins published between, 1965-1994.