They feature from left to right above, beer from the Shavaloskiy brewery (23" x 11"), gun powder from the Russian Black Powder Company (23" x 13") and Geelzi tobacco (23" x 13"). These copies carry the original printing company names including dates (see arrow in Fig. 2).

Like almost all other modern color printing, these reproductions can be identified by the regular pattern of dots that form the images. The dot structure is easily seen with 10X magnification. Retail price was $13 each from a mail order catalog. 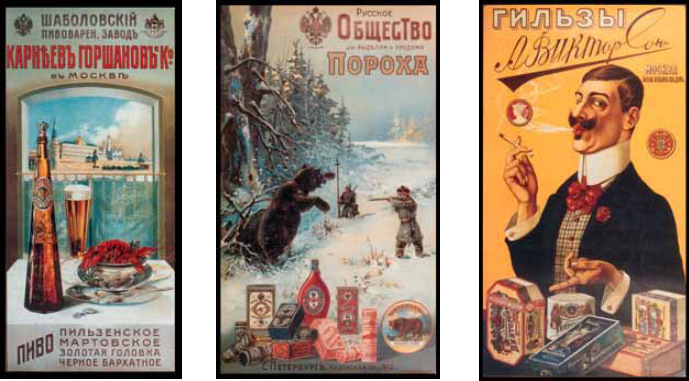 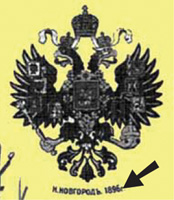