Custard glass is a creamy pale yellow opaque glass (mostly pressed) made primarily in America, ca. 1895-1910 then again as kitchen glassware, ca. 1930-1950s. The leading company was Northwood but custard was also made by Heisey, Tarentum, Dithridge, U.S. Glass, McKee and others. Victorian pattern custard has been reproduced for years but a few simple tests will help you avoid the majority of fakes.

The best and easiest test is the "fire" test. Virtually without exception, every old piece of custard shows at least some fiery red opalescence when held to the light. It is usually the strongest and easiest to see at the rims, less obvious where the glass is thickest. None of the reproductions, regardless of manufacturer, have ever shown the slightest trace of any opalescence.

Next, learn to recognize a modern confusing N in circle mark used by L.G. Wright Glass Company (Fig. 1). The distinctive feature of this raised molded mark is the "tail" on the left. This mark appears on many, but not all, new custard marketed by Wright since the late 1960s. It is easily confused with an authentic Northwood mark which is identical except for the tail. Since many of the best original patterns in custard were produced by Northwood, many uneducated buyers tend to believe the new mark is authentic.

The yellowish color of custard glass is created by uranium oxide in the formula. This ingredient makes custard fluoresce under long wave black light. However, this is not a reliable test of age. Although uranium was banned for use during and after WW II, it has been in widespread use since the 1960s. All the new custard ACRN has tested from Wright, Summit and other modern makers does fluoresce so don't use black light as your only test of age. Also be aware that fluorescence varies among pieces according to original manufacturer. Northwood pieces fluoresce least, Heisey pieces fluoresce the brightest.

Black light is useful to test the painted decorations that appear on many old and new pieces. The pink used on original Northwood pieces, for example, remains pink under black light. The pink on reproductions almost always turns black. This test only works in a darkened area and there are differences between original manufacturers.

Most pieces of custard, both new and old, are gold trimmed. Be suspicious of gold that shows no wear. Original gold trim is approaching 100 years of age and should logically show at least some signs of normal wear. New is bright and shiny with no wear. 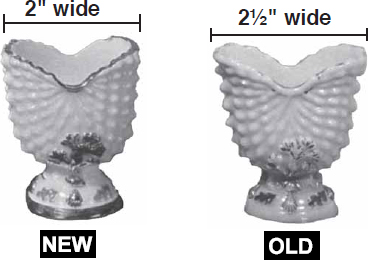 Key Feature: Check the width of the top rim. The old is about one-half inch wider than the reproduction. Original by Northwood, repros from new molds by L.G. Wright and Summit. 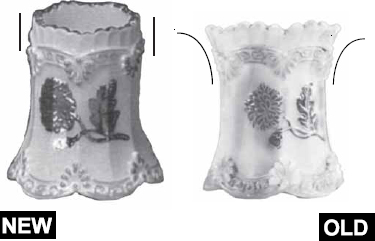 Key Feature: The top of the new piece is cylindrical; the top of the old piece is flared out to the same diameter as the base. Original usually signed in Northwood script. Repro from new mold by Summit. 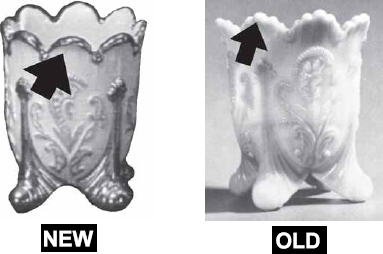 Key Features: The edge of the top rim on original has small fully rounded scallops; edge of repro is smooth. Top of original is flared out; the top of repro is almost straight sided. 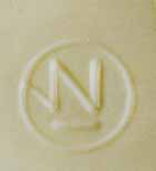 Fig. 1 The mark above, an underlined N with a "tail" in a circle was used by L.G. Wright. 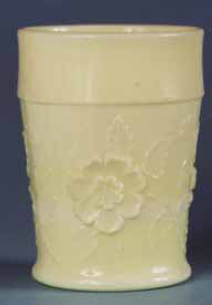 Fig. 2 The mark in Fig. 1 appears on both the inside and outside of this new custard tumbler. 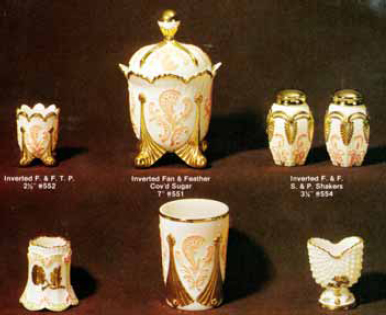 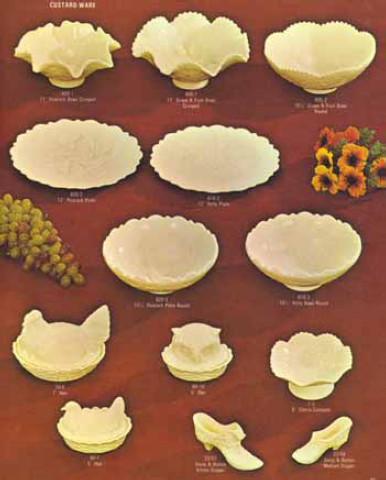