Bodies of the new pieces are cast as single pieces and fastened into separate bases. They are held together with hex head bolts which are rarely found in pre-1920 ornamental cast iron.

The new pieces arrive from the factory with "antiqued" paint with numerous chips and rust showing through. The paint is a thin rubbery latex unlike the thick brittle enamel found built up over the years on most original cast iron used outdoors.

We bought these samples through a mail order source for $24 for the pair. The same figures were also available mounted on a small cast iron urn. Small pieces of new ornamental iron like these are increasingly being offered at plant nurseries and garden centers. 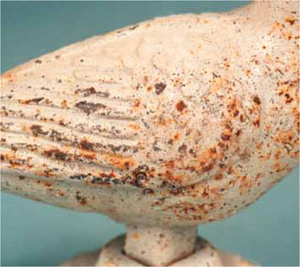 Fig. 2 Paint on figures is distressed at factory to look "antiqued". White paint with rust showing through numerous chips and scratches. One piece bodies are mounted into separate bases (see details at right). 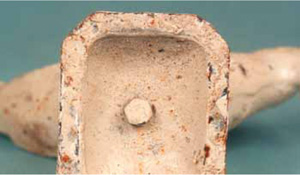 Fig. 3 View from below of hollow dome-shaped base. Note hex head bolt. 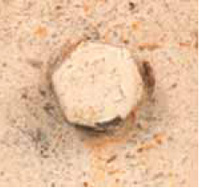 Fig. 4 Close up of hex head bolt. Hex head bolts are virtually never found in decorative or ornamental cast iron made before 1920.