Plastic kitchen figures originally used by Aunt Jemima pancake mix as sales premiums have been reproduced in ceramic forms. The original plastic syrup was introduced in 1949; the other original pieces followed in the early 1950s. Originals were made throughout the 1950s until the early to mid-1960s.

The original plastic cookie jar, shakers and syrup were made by F & F Tool and Die of Dayton, Ohio. That name is molded in the bases of all plastic originals. Some, but not all, of the ceramic copies are permanently marked "The Country Home Collection." Any pieces with the Country Home mark are modern copies. No vintage pre-1965 pieces, either plastic or ceramic, have this mark.

Country Home is also selling a fairly extensive line of kitchen towels and cloths with black-related themes and subjects. Images on the new towels and cloths are virtually identical copies of images found on vintage originals.

Although original towels are not among the highest priced original black collectible, they do enjoy a steady market among collectors. The low price of new towels may impact that demand. New towels shown in this article are only $5 each. Originals of similar size generally sell for $20 to $50.

All the sample towels shown have a cloth label attached with the company's name and address. 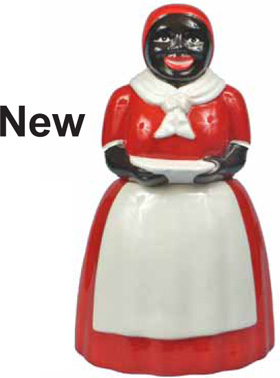 Fig. 1 New 12-inch ceramic cookie jar. Copied from the plastic original made by F & F Tool and Die in Fig. 2 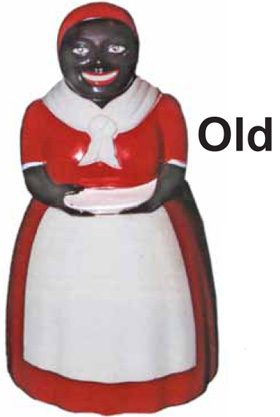 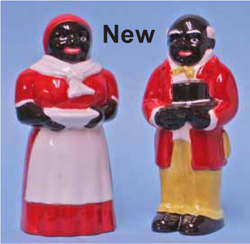 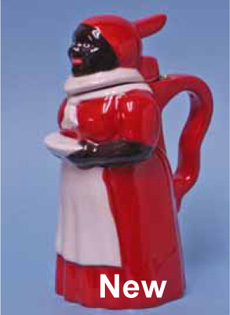 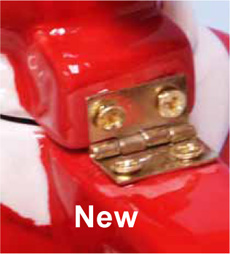 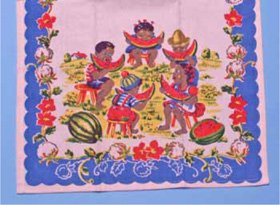 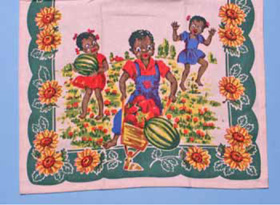 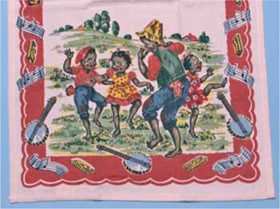 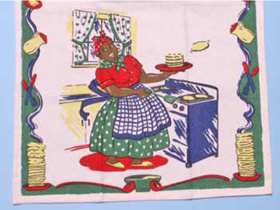 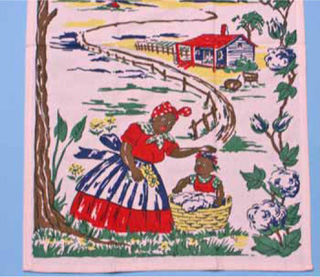 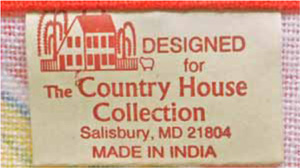 Fig. 12 Cloth label attached to the new towels shown above.