The authenticity of a carousel figure appraised at $30,000 to $45,000 on the Antiques Roadshow program was debated by carousel dealers and collectors.

The figure in question, a wooden cat, appeared in an episode which began running the week of October 20, 2003. Roadshow regular Wayne Pratt conducted the appraisal and attributed the cat to the factory of Gustav and William Dentzel, well known makers of vintage carousels. But prominent collectors and dealers of carousel figures have questioned Pratt's evaluation.

Among those who believe the Roadshow cat figure is not authentic is Ken Weaver a full time vintage carousel specialist. Weaver operated Auction Under the Big Top, a leading auction source of vintage carousel figures, and was Vice President of the American Carousel Society. "The [cat] figure is a reproduction made in Spain since the 1970s. Most were brought into the United States by an importer in New Jersey," said Weaver. "It's a well known reproduction among carousel collectors and dealers. The head points straight forward; both sides are decorated the same."

Wayne Pratt, a regular on the Roadshow, is recognized nationally as an expert on New England high style furniture. During his 30 years in the antiques business, Pratt has specialized in primitive portraits, painted country furniture, mechanical banks and folk art.

Pratt remains confident of his original assessment of the cat. "Can I make a mistake? Sure, anybody can. But I'm confident my original examination was correct on this piece," said Pratt. "The eyes were inset, the opening around the [pole] hole was correctly oxidized and the paint was old. The piece might be a few years off period, but it's definitely not a reproduction made in the last 10-20 years." Pratt said he was backed up in his assessment of the cat by other Roadshow appraisers including Nancy Bruckman a specialist in American folk art at Sotheby's.

Pratt said he began receiving letters and calls soon after the carousel appraisal was televised. While many argued about the cat's age, some surprising letters agreed the cat was old but objected to the Dentzel attribution. "Yes, some viewers disputed the age but the most interesting letters were from descendants of the Cernigliaro family. Several family members were upset because I said the Dentzels carved the cat and not their grandfather".

Weaver and Pratt may argue about this specific figure, but both agree there are plenty of reproduction carousel figures in the market. "We've always seen some new pieces in our work," said Weaver, "but over the last few years, sixty to eighty per cent of all items submitted to us for an appraisal are either fakes or reproductions. That's a big increase over previous years." New carousel figures are regularly brought to Antiques Roadshow appraisers. "We see at least five to ten new figures at every session," added Pratt.

Carousel specialists suggest the best way buyers can avoid potential reproductions is to insist on a written receipt at the time of purchase. The receipt should clearly state to which vintage factory or carver the figure is attributed, the approximate year(s) of production and a provenance, a history of ownership. A complete provenance would include the original carousel in which the figure was installed and a list of all subsequent owners down to the current seller.

Here are some basic points which will help you separate most reproductions from vintage original carousel figures:

1) Almost all vintage figures have pole holes, a hole which passes vertically through the entire body of the figure (Figs. 7, 8). Pole holes are generally located at the balance point of the figure. In vintage horses, this is usually between the front edge of the saddle and the bottom of the mane (Figs. 4, 5, 6). Some reproductions that have pole holes placed in illogical places such as the middle of the saddle or going through the neck.

2) Virtually all original carousel figures have hollow bodies. The interior view of old bodies is almost always similar, a hollow box (Figs. 9, 10). The basic box shape is built up with thick planks of wood into a rough shape. It is then carved into the final form. Hollow bodies reduced the final weight of figures; the multiple pieces of glued-ups planks increased strength and reduced splitting, twisting and cracking.

The most highly decorated figures were those on the very outer row of the carousel platform (Fig. 13) Figures in inner rows were not as elaborate as those in outer rows. But all figures, regardless of which row they were in, were always fancier on the side that faced the public.

Generally, heads of all American figures also point towards the right and most manes of American horses also flow entirely to the right. Heads on many reproductions point straight ahead, they are not turned to the right. Manes on many new horses are split about evenly over the neck with some hair falling to the right and some to the left of the neck.

4) Authentic figures have a sculptural quality. Vintage figures were carved by hand by highly skilled artisans. Faces of figures generally have expressive faces; bodies are posed in lifelike positions; the body, head, legs, neck, ears, and eyes are naturalistic and correctly proportioned.

5) All surfaces of vintage figures were originally sanded before painting. Some reproductions have paint applied over rough unsanded surfaces.

The Antique Roadshow episode with the carousel cat is Program #712, Hour 3, recorded at the Kansas City Convention Center in summer 2002. The cat appraisal was also featured on the Antique Roadshow web site as a Broadcast Highlight.

Salvatore Cernigliaro was probably the most talented carver at the Dentzel factory. Trained in Italy as a wood carver, Cernigliaro emigrated to the United States and started at Dentzel's in 1903. Cernigliaro designed some of Dentzel's most famous figures like a flirting bunny, a pig and possibly the cat at the center of the Antiques Roadshow debate. Cernigliaro spent his later life teaching art. He remained teaching in California well into his 80s.

Further reading A Pictorial History of the Carousel, Frederick Fried, ©1964 for some of the best pictures of vintage carousel workshops and how early figures were made. Also Painted Ponies as mentioned in Fig. 2 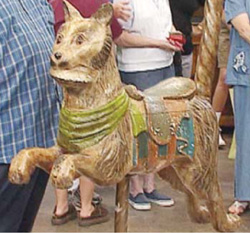 Fig. 1 An Antiques Roadshow appraiser said this wood cat is a vintage carousel figure. Some carousel dealers and collectors believe it's a reproduction. 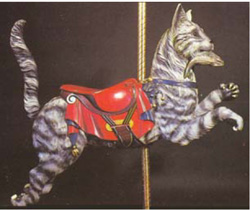 Fig. 3 Figs. 2-3 Original Dentzel carousel cats in restored condition. A complete figure with a fish in its mouth in Fig. 2; another cat with a bird in Fig. 3. 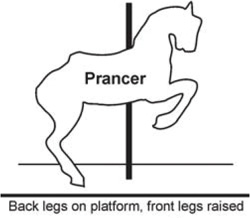 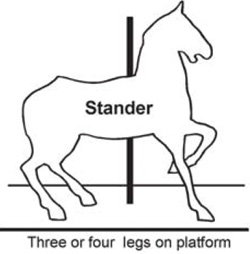 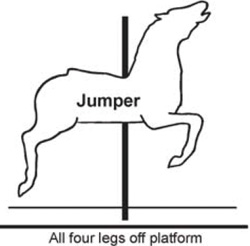 Figs. 4-6 Carousel figures are described by their stance on the carousel platform. Although horses are shown here, the positions apply to all types of carousel animals.

Fig. 7 Top view of original pole hole. Almost all vintage carousel figures have a pole hole which goes through the entire body. The holes are located at the natural balance point of the body. In old horses, this is usually between the saddle and the mane. New figures may not have a hole which goes through the entire body or the holes are incorrectly placed such as in the middle of the saddle or in the neck. 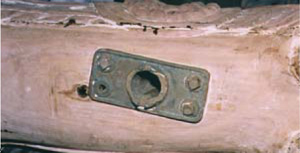 Fig. 8 Bottom view of original metal belly plate. The belly plate reinforced the wood body where the pole hole passed through the underside of the figure. Some reproductions include four "screw" holes to suggest there was a belly plate present at one time. 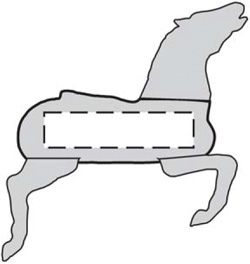 Fig. 9 Vintage carousel figures are constructed with hollow, not solid, bodies. The head, legs and tail were made separately of solid pieces and attached to the hollow body. A horse is shown but hollow body construction was used for most other carousel animals as well. 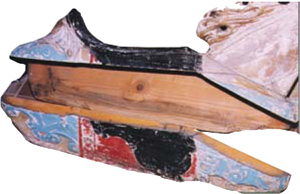 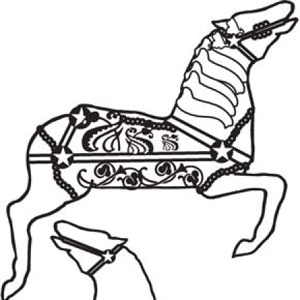 Fig. 11-A The romance side of a figure, the side that faces the public, is more elaborately decorated than the side toward the carousel. 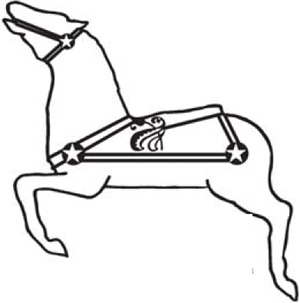 Fig. 11-B The side of the figure facing the carousel, called the off side, is plainer than the side facing the public.

Figs. 11A & 11B Vintage carousel figures have definite "sides." The side of the figure facing the public is the "romance" side and is more decorative than the "off side," the side towards the carousel. Many reproduction figures are carved and decorated equally on both sides. 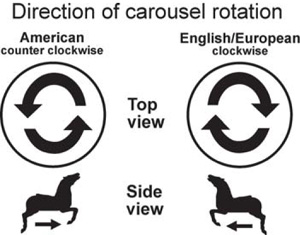 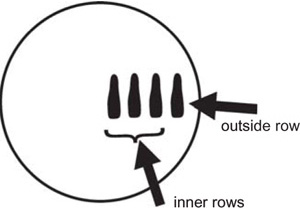 Fig. 13 Carousel figures are further categorized by the rows they occupied. Figures on the outside row, the most visible position, were almost always more highly decorated than figures on the inner rows. Regardless of which row they occupied, though, virtually all vintage figures still have definite right and left sides.