Another Style of New Napkin Rings

There is another generation of reproduction figural napkin rings in the market. The key feature in identifying this new group is an extremely thin lightweight base with a pressed design (see Figs. 2 ″ 3).

Original bases are almost always much heavier. Virtually all, 90-95%, of original figural rings with bases are die stamped with the name of a period maker such as Meriden, Wilcox, etc. The new group with the thin lightweight bases has no maker's marks.

Many other figures have been seen with these thin bases including Kate Greenaway styles, a golfer and various animals. Many were sold through a dealer regularly selling in the large antiques markets in the Atlanta, Georgia area. Prices for the new rings averaged $45 each.

The same dealer selling the reproduction in Fig. 1 also offered the new bulldog shown in Figs. 5-7. Note how the paw is missing from the front leg (Fig. 6) and the obvious casting seam running up the leg. Also see how the hollow body has been filled with hot metal (Fig. 7). This ring is a great example of the obvious casting flaws typical of most reproduction figural rings. These flaws are from poor quality, not age.

Special thanks to Pat Rittenmeyer for loaning the new examples for examination and photography. 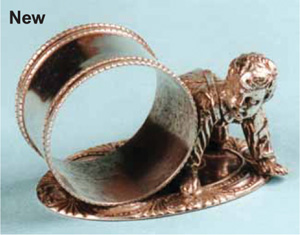 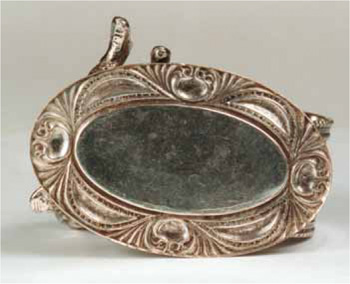 Fig. 2 Bottom view of base on Fig. 1. These thin flat bases with pressed designs are found on a whole series of new figural rings. 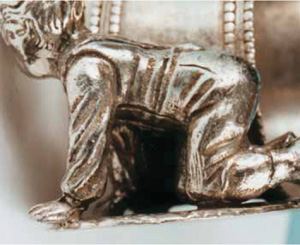 Fig. 3 Side view of base on Fig. 1. Note how thin it is. Any figural ring on similar bases is almost certain to be a reproduction. 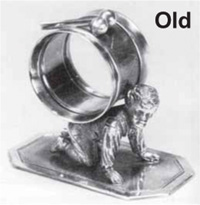 Fig. 4 The original boy was featured on a number of original Meriden rings. In addition to the ring here, the boy appears on bases beside a bird nest, snaring a rabbit and tilted back pushing a ring. Original rings with this figure on a base are marked Meriden. The original boy is also found without a base supporting a ring on his back. Original boy figures without bases are not marked. 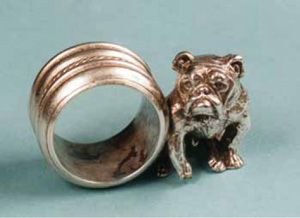 Fig. 5 New bulldog beside ring, no base. No original bulldog figure like this is known. No mark. 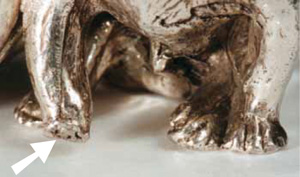 Fig. 6 Just call me Stubby. The paw is missing from the front leg. Also note the obvious casting seam running up the leg. Such casting flaws are common on the new rings; virtually never found on original Victorian-era rings. 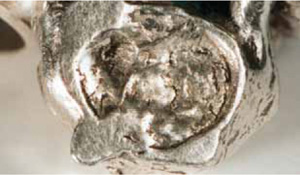 Fig. 7 Bottom of hollow bulldog figure showing how it has been filled with hot metal. If original figures were meant to be solid they were cast solid, not filled after they were cast.