This new marble game looks like it's straight from a baby boomer's toy box. Look closely and you'll see that the featured attractions are space toys actually sold in the 1950s-60s.

In the lower left of the game, for example, is the Robot Dog made by Yoshia, ca. 1955-1960. Top center is Rocket Racer by Masudaya. Bottom center is Gear Robot by Yoshia. Other well known space toys appear throughout the background 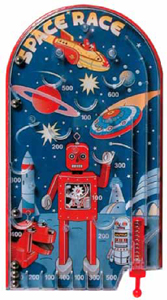 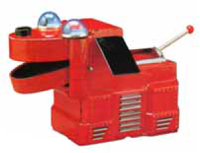 Fig. 2 An original Robot Dog which is featured in the new game above.